In case you’ve missed the past few articles explaining what the BTB Sports ‘Win Now’ Challenge is, it’s when you take a horrible team in any league and try to turn them into a winning franchise in only one year. So far we’ve done the Detroit Tigers and San Francisco Giants. Both…were failures.

This time I decided to do the Baltimore Orioles, and I’ll start off by saying I have no idea what the damn Oriole in their logo is smiling about. This team, top to bottom, stinks. All-around atrocious.  I knew I was going to have issues when I felt like Hanser Alberto was a guy I couldn’t lose. On top of that, this team legit has no money. They’re like Blockbuster. 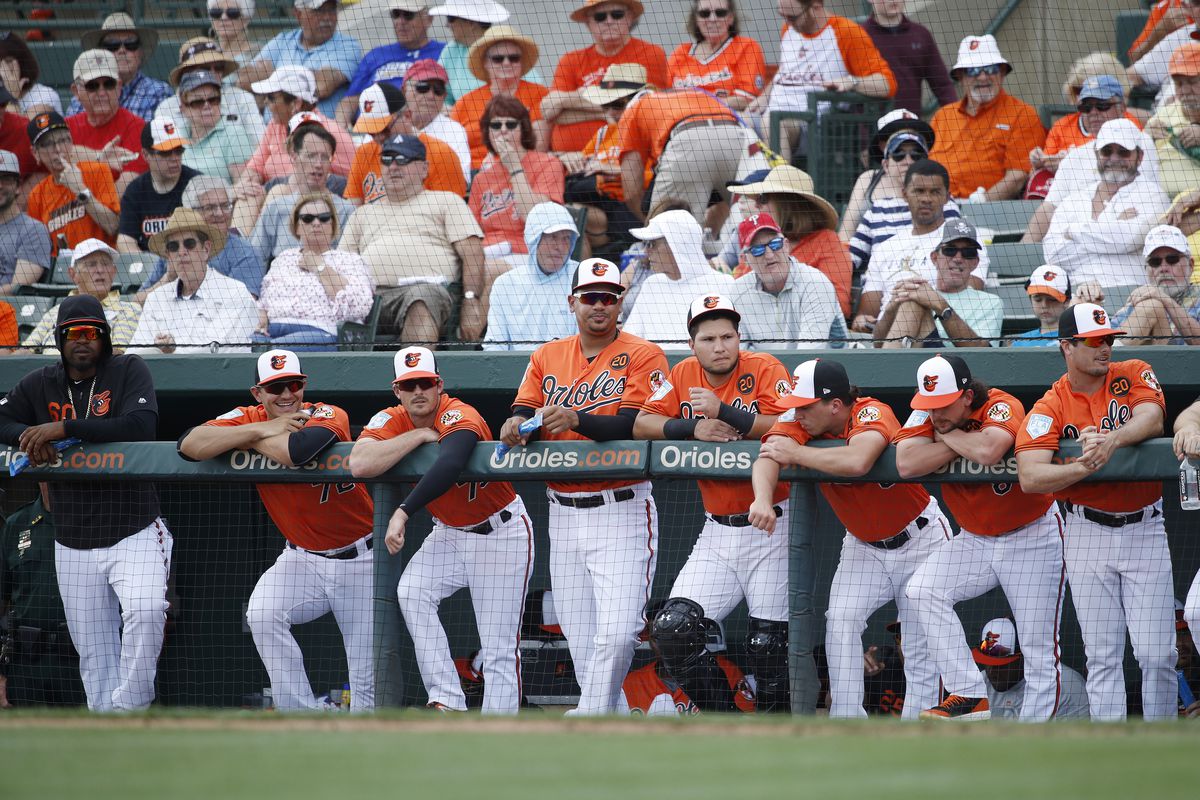 Our lineups and rotation to start:

So in order to make literally any trade at all, I needed to get rid of the human paper weight, Chris Davis. This man is making $23 mil to bat .160. That’s like paying Anna Kendrick to play the lead in a Shaq biopic. You’re not gonna get the results you’re paying for.

This was difficult though because his trade value was practically nothing, so much so that I tried trading him straight up to the Diamondbacks for Mike Leake and they looked at me I just tried to trade them Dunkaroos for crack. So I had to take on another bad contract with the hopes of moving that one later:

Now I’ve got some elbow room, so let’s start with the rotation,

One thing I will say about the Orioles is all the years they’ve spent being terrible, they have done a good job of stock-piling solid prospects. This made this entire process a little easier:

I felt like I had two top arms and a good third in Stroman, so I set to fill out the rotation:

Not great, but maybe we’ll get a little late career magic of out Edison. Moving to the lineup:

Then we got the usual free agent signings:

So headed into July, we were absolutely riddled with injuries. Practically the whole 40-man roster has been out for a minimum of two weeks for something or other. On top of that, the ones who weren’t hurt were playing like 2016 A-Rod. Unacceptable. We’re cleaning house again.

Okay so we’re 6.5 games games out of first and 13 out of the Wild Card. No more messing around, I will not have a single prospect left on this team.

After this trade frenzy, I’m not sure if my minor league teams could muster a single win. But who cares because after all these deals we got HOT.

We went from 6.5 back in the division to WINNING the division by 2 games in September. Unfortunately, we lost Villar for the year to a broken leg so that hurt going into the postseason. But next man up.

We took on the Cleveland Indians in the ALDS, and this was one of those series that you would’ve told your kids about had it been real.

The first three games were blowouts both ways, putting us down 2-1 in the series. Game 4 was won by the Good Guys in 11 innings, and it was one ESPN would be playing right now to keep us entertained.

Game 5 saw things come full circle. The ace I’d traded away was facing the new ace I traded for. Shane Bieber vs. Luis Castillo. Judgement Day was upon us.

We hit Castillo decent, but we faltered in the field in the late innings. A big error in the 8th let two runs come in, and the 2020 Baltimore Orioles didn’t have anymore fight in them.

We lost the series. And it hurt.

I thought this would be the time that somebody could turn it all around in one year, but alas, it was once again not to be. Off to the next challenge, keep on keeping on.