Well, you can add DeAndre Baker to the list of recent Giants draft busts. I must say, he joined it in STYLE. And not the good kind of style, the Lady Gaga wearing a meat dress to the VMA’s kind of style. No offense Gaga, I loved ‘A Star is Born.’

Why in the world would two NFL players rob a cookout? What kind of argument could possibly possess a 22-year old, who has millions of dollars coming his way in the future, to pull out a gun and take cash and jewelry from everyone there? In my mind, I’m picturing a heated MJ vs. LeBron debate, and when someone said “well technically Bill Russell is the GOAT since he has 11 rings”, DeAndre lost his shit.

Baker had an underwhelming rookie season with the Giants, but he showed promise at times. He was a 22-year old first round pick learning how to play at the pro level, and defensive back is a position where guys can improve exponentially with experience. Well, he’s not going to get that chance anymore. Guy went from reporting to Joe Judge to an actual judge real quick.

This obviously is different in a lot of ways from Plaxico shooting himself because Plax was an established star at that point in his career on a Giants team trying to defend a Super Bowl title. But the similarity is that their time with Big Blue both ended because they did some DUMB shit involving guns. Hopefully Judge can bring a Coughlin-like mentality to this team and this will be the last embarrassing thing to happen for awhile. I’m not gonna hold my breath though. 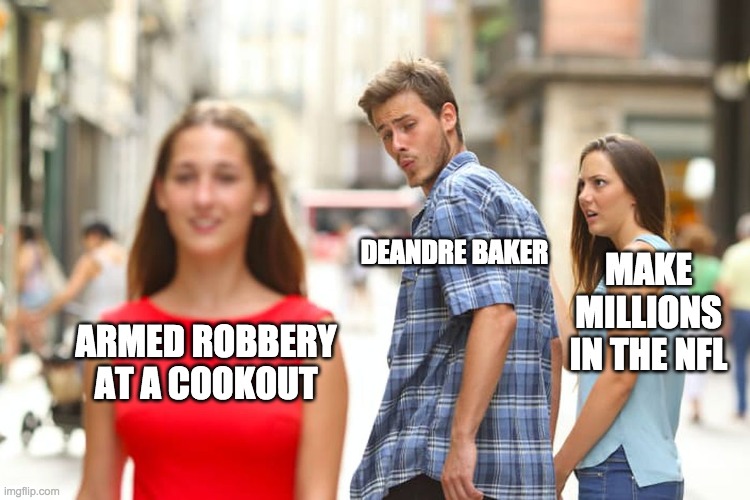