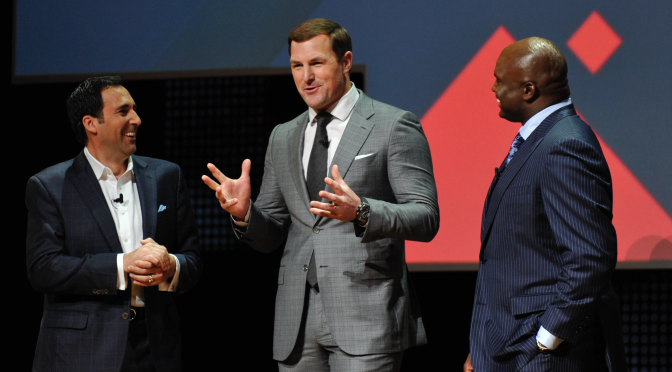 This year, ESPN completely overhauled its Monday Night Football announcing team, as the network handed duties over to play-by-play announcer Joe Tessitore and analysts Jason Witten and Anthony “Booger” McFarland.  We did not have to wade too deep into the 2018 season for NFL fans across the United States to begin ripping this announcing trio.  It seems that football fans have decided that this announcing team is not ready for prime time.  Well, I have come across one person who actually likes this crew of announcers, and that person is yours truly.  Yes, I admit it – I enjoy Tessitore, Witten, and Booger.  Before you have me committed to a mental institution, please allow me to explain myself.

When I analyze an announcing team, I ask myself the following questions:

Very simply, the more “Yes” responses I can give to the questions above, the better the announcing team.  In terms of the MNF team, I am actually able to answer “Yes” to all seven questions above.  Allow me to explain, question by question.

Who does get it though?  Joe Tessitore, Jason Witten, and Booger McFarland.  Therefore, I would like to congratulate ESPN.  Even a blind squirrel catches a nut once in a while, and that is the case with ESPN and this announcing team.