When you think of October, November, December, not only do you think “last three months of the year,” but three major holidays come to mind: Halloween, Thanksgiving, Christmas. October is Halloween season, filled with haunted hayrides, carving pumpkins, and girls spending weeks obsessing over their costume only to dress as a cat for the 7th consecutive year (I’m like soooooo upset with my costume but whatever it’s fine I’m fine.)  However, once the calendar strikes November 1st, many people commit an absolutely heinous crime; they skip straight to Christmas season.

Don’t get me wrong, I love Christmas. But Thanksgiving is a top-3, maybe even top-2, holiday in its own right. To completely ignore the fact that it’s coming up just because Christmas is now about six weeks away is blasphemous.

Thanksgiving is really early this year, November 22nd to be exact. You’re telling me we can’t give it three weeks of our attention when we just gave Halloween a month, and are about to give Christmas a month as well? Can we hold off on the Christmas music until Black Friday at least? After that, by all means play Mariah Carey nonstop because All I Want For Christmas Is You is and always will be a certified banger (never forget that Derek Jeter grew up with a Mariah Carey poster on his wall, only to eventually date her and then break up with her. Absolute GOAT.) 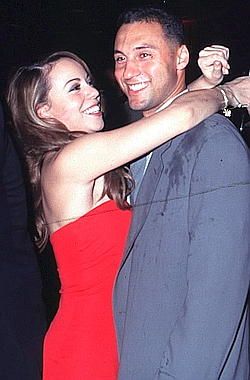 But 2 full months of Christmas music? That’s just too much. Also, how about we show Turkey Day some love? It’s the holiday that encompasses everything that is good about the world: family, good food, NFL Football, and giving thanks for all the blessings we have in our lives. Is it Christmas? No, and it probably never will be. Nothing will ever compare to the feeling of being a little kid on Christmas Eve/Christmas morning. But Thanksgiving is basically just a giant loaf with your family while enjoying amazing food. It deserves some love.

Can there be a “Thanksgiving season?” Honestly, not too sure. I don’t think anyone really decorates for it, there’s no songs about it (to my knowledge), and what Thanksgiving movies are there besides A Charlie Brown Thanksgiving?  (Side note: that movie is low-key racist, they stuck my boy Franklin on his own side of the table at dinner with a freaking beach chair. It’s 2018, clean it up guys.)

So no, I’m not saying there should be a “Thanksgiving season,” there’s really no way of doing that. But can we just hold off on Christmas season until Black Friday? Thanksgiving is way too good of a holiday to constantly be disrespected by Christmas season starting earlier and earlier every year.

All I’m saying is, next time you get the urge to break out the Christmas decorations or play the Michael Buble Christmas album before you’ve even gotten your turkey yet, don’t do it. In the words of Birdman, put some respeck on Thanksgiving’s name.