The other night, Rajon Rondo spit on Chris Paul. Yet, the next day Chris Paul is being loaded with bad press…

Definitely a tough week for CP3. Not many times are you going to get another man’s sweaty saliva catapulted all over your face mid-professional basketball game, then get hit with another bombshell that most of the people you’ve played with for 14 seasons don’t actually like you. This is the type of “Bad Day” Daniel Powter was talking about (that’s a 2005 reference, if you don’t know what song I’m talking about you are too old for this blog).

But Glenn Davis’ comments actually got me thinking. Whether or not Paul is a bad teammate, I think it’s interesting to note who really is. So I made a compilation of some of the worst teammates in sports history.  Bleacher Report did an article similar to this in 2010, and I actually had the idea to do this before I saw the article, but I’m not trying to get called out or anything. Plus, I think there have been a surplus of bad teammates in the past eight years that aren’t on their list.

It’s also important to note that I don’t think somebody is a “bad” teammate for being cocky/lazy when they’re the star (ie: TO, Randy Moss, Allen Iverson). Being a stud athlete is a way of life, and sometimes passion/arrogance gets the best of people. If it doesn’t affect the play, I don’t classify it as being any worse than what these guys below do. I don’t agree with it, but it’s hard to classify them as being “bad”. Odell, Steve Smith, and a lot of other players get caught up in the center of drama because the media loves to play off them, but a lot of guys in the locker room respect the passion, and that’s what it is all about. I also don’t consider Le’Veon Bell or Aaron Donald bad teammates for holdouts. They’re trying to get their generational wealth and be paid like they are supposed to, I don’t blame them. If you were working at a job that wasn’t paying your worth, you’d be mad too. I just wish I didn’t trade for Bell in fantasy.

Delonte West: If you don’t know this story, read a book. Delonte West is notorious for sleeping with LeBron James’ mom. That is a line that you do not cross. Rumors of the “happening” rose around in the first round of the playoffs, and led to the Cavs being knocked out immediately. LBJ shot .340 from the field in the last three games, and I don’t have game clip from the series, but I’d be shocked if LeBron even passed the ball once to West that entire series. Not to mention, West was in trouble with the law for gun possession.

Manny Ramirez: It really pains me to put him on this list because the excuse “It’s just Manny being Manny” is a solid one and my absolute favorite line ever (see This Is Sportscenter commercial below). But when you need to get forcefully traded from the team that you helped end their 84-year championship drought because your teammates hate you, I think that’s a lock for the bad teammate list.

Plaxico Burress: When Plaxico Cheddar Bob’d himself in 2008, it was pretty much the beginning of the end. He had his teammate lie and try to cover up the situation. According to Bleacher Report, he also got fined over FIFTY times in four seasons. C’mon man.

Gilbert Arenas: I mean, pulling a gun on your teammate in your locker room isn’t going to be great for bonding. As Girardi would say, “It’s not what you want”. And please, we can never forget this video of him basically breaking and entering into Nick Young’s house while he was going through a breakup.

Tonya Harding: The knee and the hammer thing. Duh.

Carmelo Anthony: He might be one of the few people in the history of life to make cornrows look iconic. Regardless, once his play declined, his attitude no longer became worth it. He doesn’t even bother trying on defense and takes every shot on offense. Anthony won’t even consider coming off the bench this year. That’s a spot-on “Me Guy” thought, and is the main reason why the Rockets cannot possibly win this year.

Richie Incognito: This was one of those events that Sportscenter kept covering a few years ago that I simply could not follow. It’s not that the Miami Dolphins aren’t an exciting team to follow, it’s just that they aren’t an exciting team to follow. Granted the situation, it’s something I should have paid more attention to because this guy is an absolute prick, and that’s a relatively nice adjective for him. He verbally abused his teammate Jonathon Martin by threatening to hurt his mom and gave him death threats. There needs to be another list for this guy to describe how truly bad he is.

Dwight Howard: This guy used to be the answer to every team’s question. Remember the “Superman” dunk? He was the shining star of the NBA after that. Although, he 100% peaked there, and the fame got to his head. He thought he was a megastar and turned into a cancer in every locker room he went to. Howard couldn’t mesh well with anyone, and became the game’s most talented journeyman. 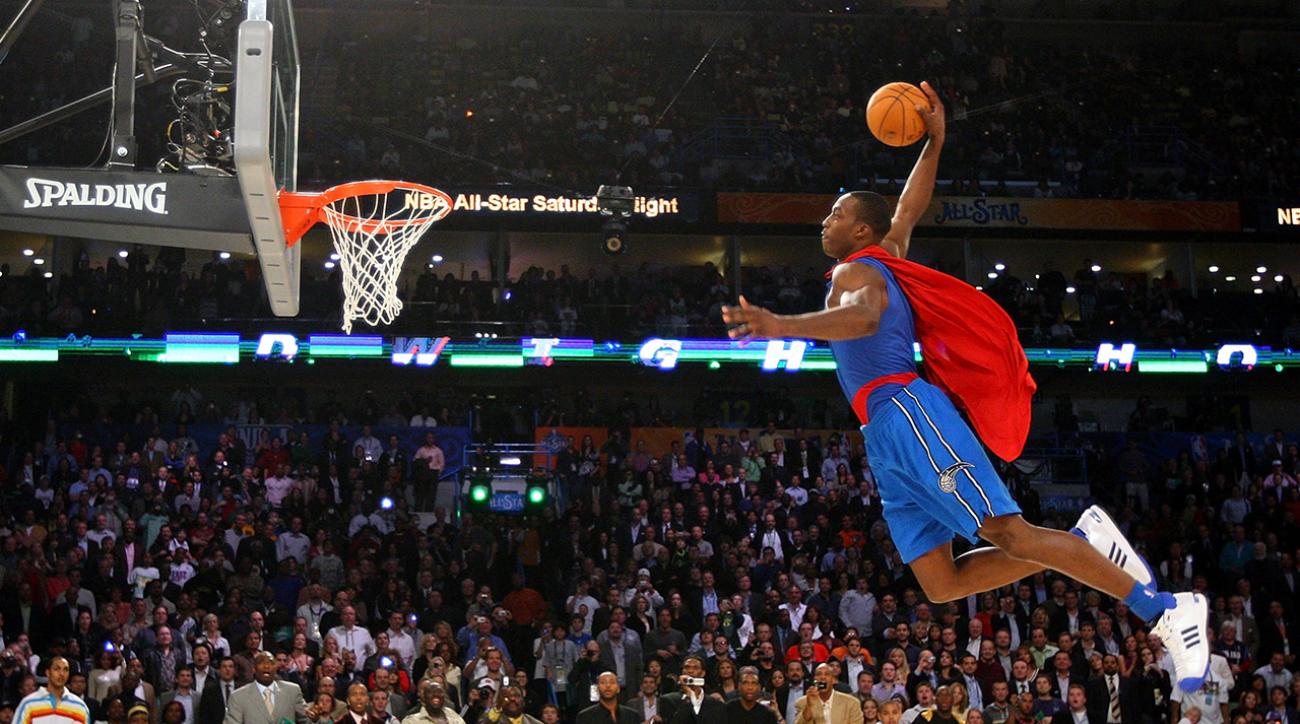 Carlos Zambrano: He punched his catcher mid-game, screamed at his teammates, and basically gave up on in baseball in the middle of one game. Maybe this is where Vontae Davis got his retirement idea from. Apparently, Zambrano has matured since he has left baseball, which is good to hear.

Sammy Sosa: Back-to-back Cubs here, sorry Chicago. Not only did Sammy cork his bat, but he did a lot of steroids. He was also described as a major cancer by his teams. 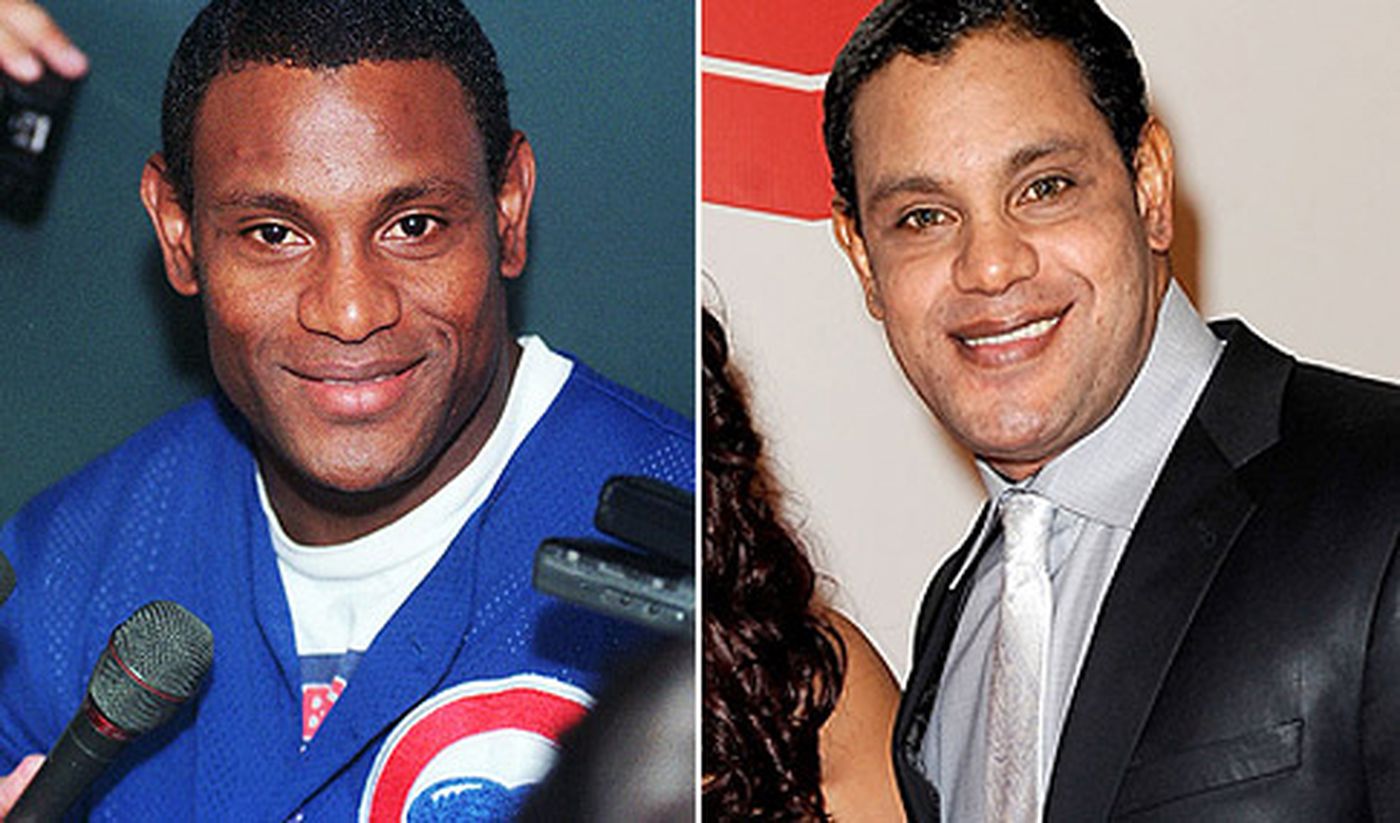 Barry Bonds: There’s a long list of why this guy is a shitty teammate, but I don’t even want to talk about them. You really didn’t want to be in our childhood video games, Barry? We had to play with Reggie Stocker and Jon Dowd. That’s how you want to be remembered? The greatest home run in baseball history (*) is named Jon Dowd, per MVP 2005. Absolute disgrace, and Bonds should be left out of the Hall of Fame for that reason alone. If he makes it in, I hope somebody spraypaints Jon Dowd across his plate.

Jimmy Butler: This is confusing to me. While I think Butler strongly compares to the likes of TO, Randy Moss, etc in terms of that cockiness, there is something different about Butler. He is a shitty teammate because he wants to win so bad, which is kind of like Catch-22 (again, read a book). If he can grow up one day and learn how to be a leader, he can get himself off this list.

JaMarcus Russell: Like I said above, cocky or lazy can be backed up with good play. Problem with JaMarcus Russell is he wasn’t good, so that hurts that theory. No problem though, he can throw a football 80 yards from his knees.

Jeff Kent: To be honest, when I started doing research for this blog, I did not think I would come across former second baseman Jeff Kent. Apparently, this guy was a total scum. He didn’t talk to anyone, and when he did, it was to big-league them. Literally not a single person he ever played with like him. A ripe 0.00%. Kudos to Kent, that’s tough to pull off.

Kawhi Leonard: One thing that is a lock to get you on this list is being sketchy, and that’s exactly what Kawhi has been for the past year or so. Not playing all last year even though he got cleared by certain doctors, requesting a trade, having rumors be spread he will NOT stay in Toronto, then saying he’s gonna play in Toronto year…maybe. Plus this laugh…THIS LAUGH. I Do Not Trust Him.

I definitely missed a few people, so comment anyone else that you think has been a trash teammate over the years.