The Yankees were eliminated from the 2018 ALDS this past week, and wrapped up a season that was filled with records, yet overloaded with disappointment. It ended the way it should’ve, with a too-little-too-late rally coming up short, an impressive lack of hitting with runners in scoring position, bad starting pitching, strikeouts, and horrible, horrible managing from Aaron Boone. Every flaw the Yankees were worried about coming into the season absolutely came back to bite them in the ass. Regardless, the Red Sox were clearly the better team, or at least were able to perform like it, and they move on while the Yankees can start to work on their offseason golf hacks.

The worst person about the end of every season is the overreactions. Yankee fans immediately jump to “When is Cashman gonna fire Boone?”, “Why didn’t we get deGrom at the deadline?”, “We need to sign Harper and Machado this offseason”, and the worst one “Giancarlo Stanton needs to be traded”.

And to be fair, I don’t want to defend Giancarlo too much either. He was not effective this postseason, and does strike out a hefty amount. His best game in the series came in the blowout loss when he hit the ball hard three times. He struck out on three pitches TWICE in massive, game-deciding situations. He wasn’t good, but don’t even act like when he stepped up to the plate every time you didn’t have a feeling he was going to hit a ball all the way to Moron Mountain (Space Jam reference for you uncultured folks out there).

You don’t give away a guy like that. Last year, he was a player who anybody in baseball would have been blessed to have on their team (as a player, ignoring contract issues). He is a guy who instantly makes your lineup more dangerous simply by writing his damn name on the lineup card. People don’t think about it, and maybe it’s because the Yankees never had a consistent #3 hitter and Judge was hurt for 2 months so the results weren’t as clear, but those top of the lineup guys are going to see MUCH more strikes with Giancarlo in that 4 spot over Andujar, Bird, Didi, Hicks or whoever else was going to bat there at the beginning of the season without him. Point at his final numbers all you want, which still are better than most of the players in the league, but his name alone makes him an asset. You cannot deny that. 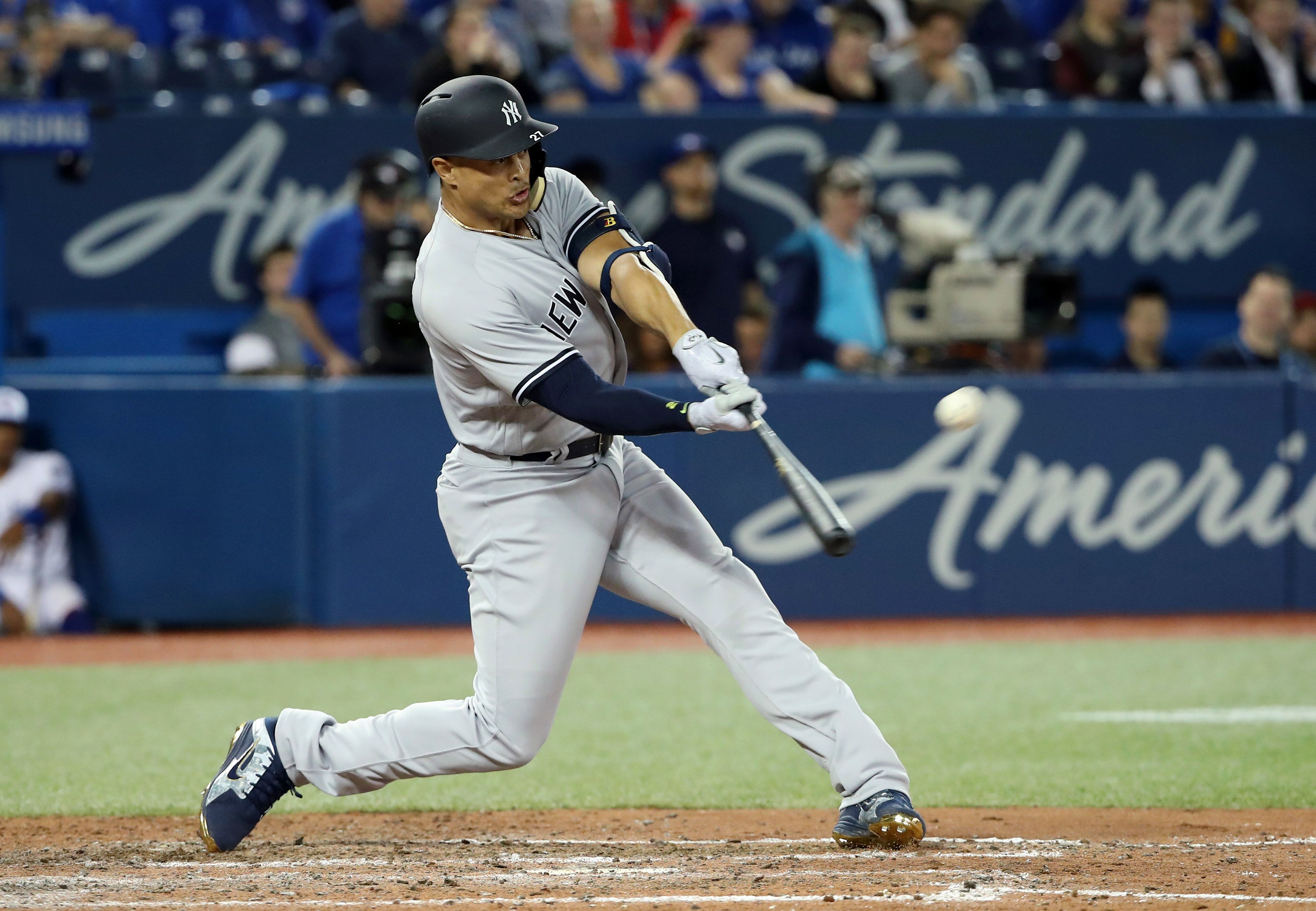 The worst part is…the same people who are yelling to trade Stanton are probably the same ones who criticized the Marlins for trading him. They’re like a bunch of people who eat Milky Ways instead of Snickers…never satisfied (ha). No, I don’t think the Yankees needed him to be successful this year. Perhaps they could have waited and gotten Yelich, who likely would have been a better fit for the lineup. But he fell in their lap, and Cashman did what anybody would have done.

Let me put this into a simpler perspective as to why he should not be traded:

-The Red Sox recently offered Mookie Betts a HEFTY extension that he turned down. They did this because they see his potential. He is 26 years old  (as of October 7) and on his way to his first MVP.

-When Giancarlo Stanton won the 2017 NL MVP, he was 27 years old (one year older than Betts for those of us without a calculator nearby).

If you didn’t get the analogy, I’m basically saying that the only difference (in terms of player impact) between trading Stanton this year and trading Betts next year (if he runs into a bad campaign) is the age difference of two years. Players have down years, it happens. Pitchers adjust, or they throw them less pitches to hit. You cannot be blind to the other ways a player impacts a roster besides general stats, and if you give up on an MVP-caliber player after ONE SEASON, you are an irrational, uneducated thinker. The Yankees have TWO franchise players nearing/in their prime, with a heavy youth movement on the way. Stanton will come around, and the argument that he should be traded is absolutely absurd.

Wait a week or two before you say stupid things.