The quickest way to get me to “check out” of an intelligent baseball conversation is to discuss a modern-day pitcher’s win-loss record as a major factor in how good the pitcher is.  In an era in which good pitchers routinely exit games with a third or more of the game left to play, pitchers simply do not earn enough decisions to make the “wins” statistic pertinent.

Given that most baseball fans place little relevance on the “wins” statistic, we might as well try to improve the stat, and I have one good way to do this.  The official scorer of a game should be given discretion to award a win to a starting pitcher any time that both of these criteria are met: a) His team has won the game.  (Obviously)  b) He has pitched at least five innings.

You might be wondering, “Nice work, Mike.  It has been that way since Doubleday invented the sport.”

True, but I have removed the third criterion, that which requires a pitcher to be the most recent guy on his team to have thrown a pitch as of the moment his team takes the lead.  This is my big change.  This rule is an anachronism.  It was created in the 1800s when pitchers routinely pitched complete games.  Additionally, it was not until the late 1980s and early 1990s that managers started to remove pitchers who were pitching well.  Before that time, managers did not worry about pitch counts or fatigue.  If the pitcher was effective, he was remaining in the game. 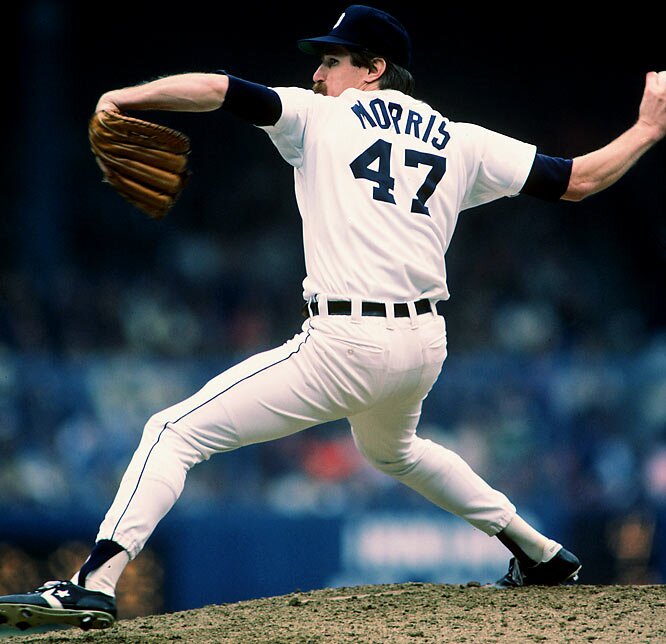 As a result, there were relatively few cases in which a pitcher would pitch very well but not receive a decision.  In modern baseball, it is commonplace for a pitcher to exit a game in the 6th or 7th inning while clinging to a 2-1 or 3-1 lead or losing 2-1 or 3-1.  Of course, this means that bullpens have 3 or 4 innings to blow that 2-1 lead or 3-1 lead.  It also means that bullpens have 3 or 4 innings to keep deficits within 2 runs.  In either of these cases; if a team takes the lead to stay while a reliever is in the game for this team, which pitcher is most responsible for the team’s victory?  More often than not, it is the starting pitcher.

Why not allow the starting pitcher to earn the victory in any case where he is the pitcher most responsible for the team’s win?  Let the statistic measure what it is supposed to measure.  If a bullpen coughs up a lead, but that teams wins anyway; why should the mediocre reliever earn the win?  By the same token, if three relievers pitch one shutout inning apiece to keep their team down 3-1, it seems to me that the guy who threw 6 innings of 3-run ball should earn the win if his team comes back in the end.  In fact, Jacob deGrom gave us a textbook example of my philosophy on Friday night against the Rays.  He pitched 8 innings of 1-run ball, left with the game tied at 1, and watched as Jose Bautista’s walk-off grand slam in the 9th inning gave the Mets a 5-1 win.  Jeurys Familia pitched 1 inning that night and earned the win, but that should be deGrom’s win.  Jacob was the pitcher most responsible for the Mets’ win, so he should receive credit for it.

Of course, this is not my first time recommending a change to baseball.  Therefore, I know there is sometimes disdain for me trying to change things in a sport with many purists.  Therefore, I have two additional points before the angry mob comes for me:

1)     If you are worried that this change will inflate “Wins” numbers compared to guys’ totals in the past, stop trying to make intergenerational comparisons.  The pitchers from olden days will always be better than the modern-day guys because the past guys threw so many more innings.  With all the bullpen decisions that these current starters render, plenty of these games will become losses.  Therefore, the “Wins” totals from olden days will continue to stay well above the modern-day totals.  Remember that the modern-day pitcher also forgoes more wins than olden-day pitchers did to both injuries and sub-5-inning starts.

2)     If you do not like that the official scorer has discretion, be aware that he/she already has some.  The official scorer is, in fact, allowed to award a win to a relief pitcher who said scorer thinks has contributed more to the victory than the guy who was on the mound when his team took the lead.  The only caveat is that it is that the scorer must hand the win to a reliever, not a starter.  Perfect example: June 30, 2000: Second-best Mets game that I ever attended.  Mike Piazza capped the Mets’ 10-run 8th inning with a go-ahead homerun.  The official scorer gave the win to Armando Benitez, who came in for the 9th inning, as opposed to Eric Cammack, who was on the mound to finish the Top of the 8th.

Thus, official scorers already have some discretion.  I think it makes sense to give them a little bit more.  This would not make “Wins” a perfect stat for discussing pitchers’ greatness, but it would at least move the stat in the right direction.

One thought on “Nobody Cares About Pitchers’ Wins Anymore, So Let’s Make a Change”