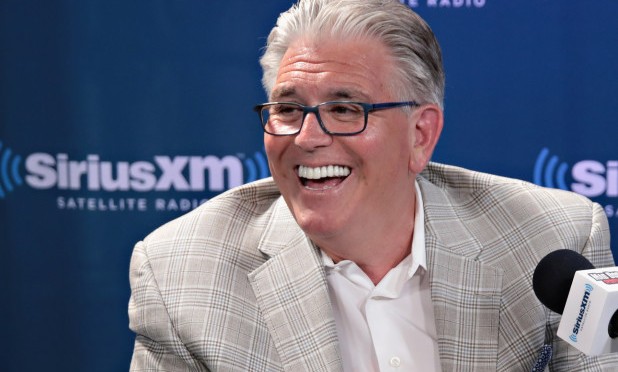 As you New York sports fans know, the legendary Mike Francesa returned to WFAN in May.  I have actually found him to be much more delightful to hear in this second go-round than during the last few years of his first WFAN stint (which ended in December).  I think that the 5 months off gave him time to recharge and become a happier human.  Plus, as I have mentioned in the past, I think that 5.5 hours, which Francesa used to do, for one host is a ridiculous amount of time.  Now that he has to deal with only 3.5 hours, I think he is much saner and thus more enjoyable.

At the same time, it remains a valid expectation that any guy who calls his show will feel worse about himself after the phone call.  I know that I lack the spheres to call his show, but I do feel I have enough experience as a listener to provide advice to those who do wish to call his show.  Before I unveil these six pieces of advice, allow me to warn you all of the following.  There are three general ways in which Mike Francesa will respond to callers:

1)     The “You Are Lower Than Dirt” response: Mike will not even give your thought the time of the day, because it is the dumbest thing he has ever heard (or at least the dumbest thing he has ever heard since the last dumbest thing he has ever heard – which likely happened 15 minutes prior).  Mike will either hang up on you, mutter to Monz something along the lines of “Can you believe he waited on the line for an hour to say that?”, or keep you on the line for 15 minutes so that he can ridicule you with follow-up questions, each of which is more hostile than the previous.  Sometimes, these Francesan responses are warranted, such as when he responded to a caller predicting a Jets/Patriots tie for that night’s game (Pats actually won 45-3).  Sometimes, it is not – such as if a caller suggests making the Wild-Card Playoff a Best-of-3.  Mind you, Francesa and I both dislike this “Best of 3” idea.  However, it is not a cockamamie idea, and the premise of the show is to fill 3.5 hours with sports talk.  Thus, it seems silly to me to belittle a caller with such an idea.  Francesa feels the opposite of me in that respect.

2)     The “One Upper” response: Once in a while, a caller will actually make a smart comment that Francesa has never said.  Therefore, Francesa’s ego will require that he takes the comment a step farther so that he can take ownership of the quote.  He is the sports-talk equivalent of the great Kristen Wiig character, Penelope.  For example, if you call and say, “Mike, I think Bernie Williams was the most underrated Yankee of the past 30 years, because he didn’t last long enough to be part of the Core Four”, he might actually like your thought.  However, he wants to receive credit for the thought, so, within a minute, it is entirely possible that there is now a “Core Five” including Bernie.  All Francesa’s idea.  (Quick Note: It is my actual belief that Bernie is underrated for the very reason that I have stated.)

3)     The “I’m Gonna Zig When You Think I’m Gonna Zag” response: This is the one that must drive callers the most nuts.  Sometimes, Francesa will span 5 callers making the same response, waiting for callers to accept his idea.  Then, once a caller (say, Caller 6) finally accepts Francesa’s response, Mike flips the script and argues the other side.  For example, it is widely-known that Francesa wishes the Yankees had not traded for Giancarlo Stanton.  (Side note: this is probably partially because he spent his last month at WFAN in the fall stating that the Yankees would never get Stanton.)  Thus, it is possible for this scenario to unfold: 5 callers make their case that the Yankees would be better with Stanton, and Mike refutes all of these callers.  Then, when the sixth caller says, “Mike, I don’t know what these guys are thinking.  The Yankees missed the World Series by one game without him and are just not the same now that he’s here.”, I fully expect Francesa to say, “Come on now, these callers have good points.  The guy is a former MVP and homerun champion.  Of course, there’s a place for him on this Yankees team.  The team has already won a million games with him this year.”  Great stuff!

OK, enough preamble.  Now, for the main event.  Here are my six pieces of advice for calling the great Mike Francesa.

1)     Do not ask multiple questions.  His brain is not capable of handling two questions.  Never in all my years listening to his show have I heard him successfully answer multiple questions from the same caller.  Therefore, if you ask two questions, either a) he will answer only your second question (tough luck if your first question was better) or b) morph the two questions into one ridiculously silly question that you would never in a million years ask.  For example, if you ask him who the Yankees should target at the trade deadline and also ask him how he thinks the Cowboys will do in 2018, there is a decent chance you are getting a 5-minute lesson on why the Cowboys are not trading Ezekiel Elliott.

2)     Have a woman call for you.  Quick note: If you are a woman, you may call for yourself.  OK, now that we have cleared that up, let me cut to the chase.  Anyone who says that chivalry is dead should listen to Francesa.  He is a million times kinder to ladies than he is to men.  If you want to suggest that the Mets should trade the Yankees Jacob deGrom for Ronald Torreyes, Francesa’s response will make you never want to leave your house again (if you are a man).  However, if you let a woman call, he will actually analyze the deal rationally and respectfully before nevertheless acknowledging that the Mets would never in a million years do the trade.

3)     Do not ask for a prediction.  This goes for anything – a game, a series, or a championship.  Mike will make predictions only when he chooses to do so.  If you try to force a prediction on him, he will become as angrily flustered as a kindergartener trying to do long division.  This especially goes for single baseball games, and Mike does have a point.  The results of single baseball games are too random for accurate predicting.  That said, if you try to elicit a prediction, you might get a classic “You’re asking me to make a prediction?  Honestly, I haven’t thought about it yet.  I really haven’t” rant in which he repeats those same three sentences for three minutes.  However, sometimes you do get lucky, and, in said rant, he actually makes a prediction.  “Honestly, I haven’t thought about it.  I really haven’t.  I mean, I like CC’s chances going up against a Blue Jays lineup that hasn’t hit lately, but I can’t make a prediction.  I haven’t thought enough about it.  Do I think the Yankees will win tonight?  Yes I do.  I am confident that they will win handily, but I just haven’t thought about the game.  I can’t predict what is going to happen in one game.”  That is a Francesan response right there.

4)     Do not ask him trivia.  I really could have merged #3 and #4, but I chose to drag things out to please our esteemed BTB advertisers.  That said, I advise Francesa’s callers to stay on the straight and narrow.  Mike always wants you to ask questions only about the specific topic he is discussing.  If you ask him trivia, he will show you utter disdain, and his response will be the same as in #3 but in regard to trivia, not a prediction.  That does mean though that you could get 5 minutes of him guessing answers while simultaneously saying he is not going to answer the question.  Classic. 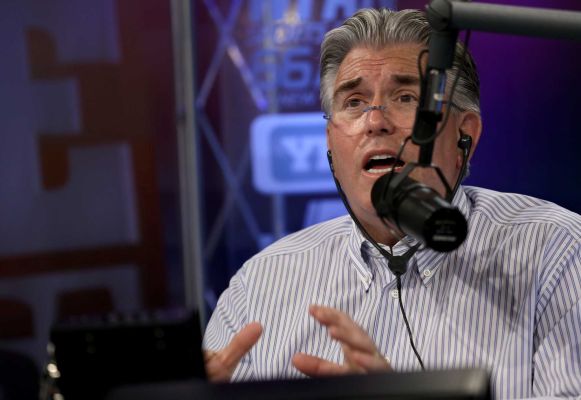 5)     Do not ask him hypothetical questions.  Again with the simple brain thing.  The other day, I heard someone call him up and ask if he would give up Gleyber Torres in a trade if it were a given that the Yankees would win the 2018 World Series.  For any other show, that is a smart call.  Do you take the guaranteed championship this year while giving up a potential perennial All-Star, a guy who could likely you bring you multiple championships anyway?  It is a great conversation piece, but Mike’s brain cannot handle that stuff.*  As a result, he answered the call by saying repeatedly that you can never guarantee that any move will bring a championship.  Thanks, Mike.  Glad you’re here.

*Note: When Mike interviews a guest whom he greatly respects (Jim Nantz, Bill Simmons, Troy Aikman – for example), his brain can handle anything.  Mike is actually quite smart, but he is selective about when he turns on his brain.  If Bill Simmons were to ask Mike the Gleyber question, Francesa would likely reply, “That is a great question, Bill.  It really is a great question.  I’d take the trade though.  Even the Yankees have to pick the guaranteed championship over the prospect of several others.  You have to take the free title.  You have to do it.”  Remember though: if you, the random caller, asks this question, you are getting the stupid answer from the previous paragraph.

6)     Under no circumstances should you ask him about hockey.  Obviously, in the regular season, he will go to the next call immediately.  In the playoffs, you will get the most basic of hockey clichés.  Yes, it is annoying that true hockey analysts speak mainly in clichés, but I like to know that the clichés are coming from a person who knows hockey, not from a guy in Francesa who speaks occasionally to Ed Olczyk and Pierre McGuire.  When the Rangers are in the playoffs (Joyously, this occurrence did not come to pass in 2018), expect Mike to say “Rangers need to show more passion”, “Rangers need to score more”, or “Lundqvist needs to make some big stops”.  That is all.  Tremendous insight.

This ends my tutorial on how to call Mike Francesa.  No, I will not be the one calling his show.  I remain a “no time, long time” listener to sports radio.  If I ever do garner the courage to call a show, I will definitely call Joe and Evan.  They are the best combination of sports knowledge and personality on New York sports radio.  I would have to be several calls deep into my career before I call Francesa, but, if I ever do, I will make sure to follow these six rules.