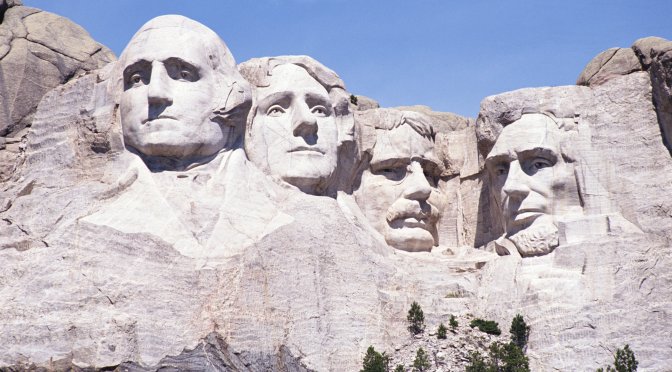 We’ve reached the Wednesday of Mt. Rushmore Mondays. After this and we are over the hump. Two down. Three to go. After last Monday’s fun with movies, we move onto movies’ little cousin: Television. We’ll be taking a look at the very best of TV dramas, sitcoms, characters, etc. Anything you either schedule your week around or binge on Netflix. Look no further.

Again, due to the likely age of our readers (aka you guys), we’ll be focusing on much more modern television. Don’t worry. You don’t have to know who Mary Tyler Moore or Archie Bunker is to read this blog post. Nothing from the ’70s. But you should brush up on your ’90s television, though. Because you’re crazy if you aren’t expecting Seinfeld to be included in this Mt. Rushmore Monday.

*Spoiler Alert: Write-ups may contain some spoilers. So if you are not caught up on certain shows, you may want to refrain from reading about why they belong on each Mt. Rushmore.

*Reminder: Each Mt. Rushmore is not just based off of talent and accomplishments, but also just as equally overall influence and impact.

Except for when Dwight is being Dwight and Michael is being Michael, The Office isn’t a laugh-out-loud comedy. What it is is a brilliant portrayal of the subtle, relatable humors of everyday life at an ordinary workplace. You learn to love the characters and all their relationships. Pam says it best in the final scene of the series, “There’s a lot of beauty in ordinary things. Isn’t that kinda the point?”

Kinda like The Office, Seinfeld is so great because it shows the subtle humors of everyday, relatable life. The dynamic between the four best friends is hilarious. They are all just so ignorant and selfish, and Kramer especially is one of the funniest characters in TV history.  The fact they still get so much money from re-runs says enough.

Curb is the most cringeworthy show, and it is so funny because of it. What makes it so great is that Larry David the character is literally Larry David the person. They are the same people. When they came back for a 9th season, they did not disappoint. The last season was as Larry David as ever.

Friends served as one of the most popular TV shows for a long time, as well as an introduction for 6 upcoming stars to the world. Aniston, Cox, Kudrow, LeBlanc, Perry, and Schwimmer were all so great and had so much chemistry that Friends has to have a spot on this Mt. Rushmore.

Honorable Mentions: The Big Bang Theory, How I Met Your Mother, Modern Family

To anyone who refuses to watch GOT because of its dragons and magic: I was once you. Young. Naive. Ignorant. Now I realize GOT is far and beyond the best show currently on television. It is so deep with so many well-developed characters and storylines. And with the constant threat that anyone could die at anytime, there really is no other show like it.

The Sopranos has become iconic. With so many great TV dramas on today, it almost seems like The Sopranos was the very first of its kind. In an age well before binge watching, the characters and stories were so great it made the week-long wait unbearable. And as an added plus: the series takes place in the greatest state in the U.S. of A. and my homestate, New Jersey.

Kudos to AMC for rolling the dice with Breaking Bad, which is the only network television (and non-HBO) show on this Mt. Rushmore. Premium channels like HBO and Showtime turned down Vince Gilligan’s pitch. Lucky for AMC, which stumbled on their best show ever, and maybe the best all-time.

As Omar Little said, “You come at the king, you best not miss.” And according to the people who believe The Wire is the best show of all-time (and many do), all shows have missed. The show was so gritty and so real.

Seth MacFarlane is honestly a comedic talent we should cherish. He voices so many characters and makes you laugh in so many different ways. With Family Guy‘s hilarious cutaways, raunchy jokes, and mindless humor, it’s usually a go-to when simply throwing on a show, and has, in my opinion, one-upped its yellow-skinned counterparts.

Speaking of yellow-skinned, enter: The Simpsons. Family Guy might be better (at least in my opinion), but The Simpsons is the O.G. mindless adult cartoon about a working class family with a stupid father, wife, teenage son, teenage daughter, infant child, and dog. The Simpsons has also been doing it for SO long, being the longest-running American sitcom.

Rick and Morty might not have the years that the others have, but there is something so different and revolutionary about it. With its drunken improv/method acting and mind-blowing Sci-Fi concepts, Rick and Morty is so funny and so smart. It is so much more than a mindless comedy, and has a bright future if Harmon and Roiland can keep up and think of new, brilliant concepts. To put it simply: Wubba lubba dub dub.

Probably the most offensive show on this Mt. Rushmore, South Park honestly just doesn’t give a fuck. Trey Parker and Matt Stone somehow take sensitive topics such as the Holocaust, racial tension, and homosexuality and are able to make a hit show for 20+ years.

Do I really need to explain this one? It’s freakin SpongeBob. C’mon. The animated sea sponge has become an international icon. The show is ageless, too. If you’re a kid, you love it. If you’re an adult, it is still so charming and funny, with the occasional hidden dirty joke, that you just can’t not love it, too.

At first, I didn’t know if I should include the Looney Tunes because they’ve been around since 1930. But then I quickly remembered how relevant they still were even when most of us were growing up. Bugs Bunny, Daffy Duck, and the whole gang are iconic. I really believe the catchphrase, “What’s up, dock?” is one that will always be remembered.

If you told me your childhood wasn’t filled with Pokémon Gameboy games, cards, and toys, I’d call you a liar. Every kid I knew growing up spent years duking it out for the 8 gym badges, looking to become the very best that ever was. And the TV show and movies were wildly fantastic, as well. Similar to SpongeBob, Pikachu has become an international icon.

“I am Reptar! Hear me roar!” If you didn’t fuck with the trials of Tommy Pickles and Chuckie Finster growing up, I simply don’t fuck with you. Rugrats was a go-to cartoon for little kids. These cute toddlers went on some wild adventures that we were lucky to be a part of.

I can confidently say that Walter White has the greatest character arc of any TV character ever. Look at where he starts: an innocent, family-oriented high school chemistry teacher with a boring life. And look at where he ends up: a brilliant, badass meth kingpin that will do anything to get what he wants. From Mr. White to Heisenberg. Two completely different characters, yet the arc seems totally natural and organic.

Kinda like Heisenberg, Tony is just a terrible guy. Murderer. Thief. Brilliantly evil. Yet we still root for him. He really paved the way for TV anti-heroes, such as Walter White, Don Draper, Omar Little. Tony’s the OG Italian Mafia boss, and he does Jersey proud.

Jon Snow and Daenerys Targaryen, while total beasts right now, started the series off a little slow (in my opinion). Tyrion, however, has been a top character since episode one. There’s so much to like about him: he’s so small and so drunk, while also so smart and so funny. In the most popular show currently on television, he’s probably the most likable character. He’s been through hell and back, and is front and center in probably my favorite scene in TV history (below).

He might be the only character from a TV comedy on this list, but that really doesn’t matter. There might not be a more quotable character in TV history. “I. Declare. BANKRUPTCY!!” “Dwight, you ignorant slut.” “I’m not superstitious, but I’m a little stitious.” And of course, “That’s what she said.” Michael Scott was just an absolute legend, and The Office wasn’t the same after he left.

Cersei is just a ruthless bitch, but you have to respect her willingness to do anything it takes to stay on the throne. The only thing keeping her human was her love for her three children, but as each of them died one-by-one, Cersei became more and more of a monster. The last time we saw her she was the undisputed Queen of the Seven Kingdoms, with a dogfight with Jon Snow and Daenerys Targaryen coming in season 8.

On the surface: a model Albuquerque citizen and business owner. Under the facade: a cold-blooded drug kingpin using his industrial laundromat and Los Pollos Hermanos chicken chain as a front for the largest drug-trafficking syndicate in the Western hemisphere. Before Heisenberg finally put and end to their perpetual cat-and-mouse game, Gus was always one step ahead of Walt.

Like Gus, Al was a ruthless businessman willing to stop at nothing to keep his power of Deadwood, South Dakota. Regarded as one of the best shows ever to be cancelled too soon, Deadwood rode McShane’s sadistic Swearengen for 3 strong seasons. For the sake of the show’s fans and anyone planning on watching, hopefully the rumblings of HBO producing two Deadwood TV-movies to wrap up the series are true.

Fitting for one member of this Mt. Rushmore to birth another. Cersei’s youngest two children might’ve been sweet and innocent, but her oldest was the devil in the flesh. What sets Joffrey aside from the rest of this Mount is that while the others were cruel for the sake of gaining power, Joffrey was cruel for the sake of being cruel. He loved nothing more than to see his inferiors suffer. This little fucker might be the most hated character in TV history.

Halfway through April, we’re down to the home stretch. If you’d like to recap before next week, here’s the link to last week’s Mt. Rushmores: