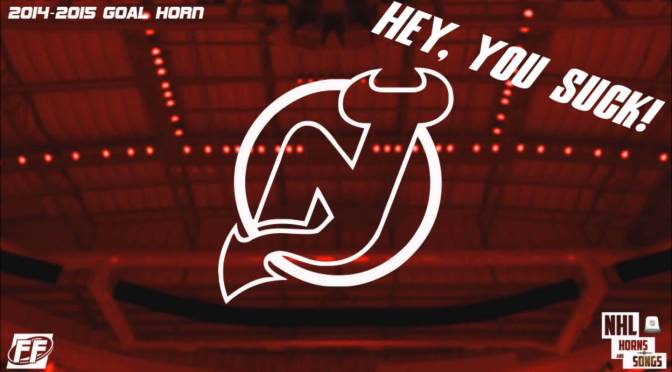 To all the Devils fans out there, this is a letter that I have mailed to Hugh Weber, “President – Prudential Center and the New Jersey Devils.

Please bring back “The ‘Hey’ Song” (“Rock and Roll Part II”) after Devils goals.  I know that you are always looking for ways to improve the fan experience, and this is the #1 way that you can achieve this objective for hard-core Devils fans.  All of our greatest moments as Devils fans involve this song.  From “Henrique, It’s Over!!!” to Jeff Friesen’s two goals in Game 7 against Anaheim to Neal Broten’s and Randy McKay’s overtime goals in the 1995 playoffs, this is the song to which we celebrated.  Thus, this is the song to which I – and most other Devils fans – would love to celebrate future Devils goals.  If you could bring back this song for this year’s playoffs (in an ideal world in which the Devils make the playoffs) or for next year’s opener (in a less-than-ideal world), I – and many, many other Devils fans -would be very grateful.

At the same time, I understand why you scrapped this song a few years ago.  You did not like that many fans would chant, “You suck”, while cheering.  I agree with you on that one. The “You suck” is juvenile, and it actually devalues the Devils’ accomplishments, in that anyone should be able to score against someone who “sucks”.  That said, the people who chanted “You suck” during “The Hey Song” now do it twice as often.  They chant it during the current goal song, and they also chant it a few minutes later when the crowd sings “The Hey Song” on its own (with accompaniment from a horn).  Therefore, by bringing back “The Hey Song” as the official goal song, you would actually cut the amount of “You suck”s in half, which is a good thing.

Anyway, I am a simple man.  I love coming to Devils games, and I love hearing “The ‘Hey’ Song” after goals.  That is all I want.  I am jealous when I hear fans of the Rangers, Blackhawks, Isles, and countless other fans get to cheer along with their true goal songs.  I, along with many other Devils fans, wish to hear the Devils’ true goal song played once again after goals as well.

Thank you for your time.