“Marginal revenue product”.   This three-word term essentially means “How much value does a worker’s work provide for society?”  This question provides half of the logic behind how much a worker should be paid.  The other half of the logic comes from the answer to “How many available workers can provide the same value as this worker?”  In short, a person’s salary comes down to supply and demand.

Doctors and lawyers earn a great deal of money because a) they provide very valuable services to society, and b) very few people in society are skilled and trained at these professions.  Similarly, in the United States, professional athletes are generally paid extremely well.  Oftentimes, I hear people say, “Why should players make so much money to get to play a game for a living?”  Well, the answer is “Because of us”.  We Americans as a whole pay a lot of money to watch professional sports, and this money is revenue for sports teams, leagues, and networks.  Additionally, very few people are skilled enough at a sport to play it at the major-league level.  In fact, there are many more people who have the skill to be a successful doctor and lawyer than there are those who can play professional sports.  Since professional athletes bring large sums of revenue and are in quite low supply, they are paid large sums of money.  Some people might not like this, but it makes perfect economic sense.

What a perfect segue now into this week’s hot-button sports topic, “Should college athletes be paid?”  To me, the general answer is quite simple, even if the details are quite complex.  I believe that colleges should be allowed, but not forced, to pay their athletes.  College sports are a business, and, as with any business, workers should be paid based on their supply and marginal revenue product.  It is ridiculous to think that major college-football teams can fill 100,000-seat stadiums, sell huge scores of jerseys, allow players’ numbers to be used in video games….yet are not allowed to pay their players out of the resulting profit.  At the same time, it is ridiculous to think that athletes on a Missouri Valley Conference men’s swimming team, who earn next to nothing in terms of revenue (and thus have zero marginal revenue product), should be paid above whatever scholarships they might be receiving.

I will now explain my framework for change.  I feel that, in Division-I athletics, each sport should have a salary cap.  I do not know what that number is, but it should be directly proportional (which does not mean “directly equal”….The revenue will still outpace the salary cap) to the amount of revenue that the average Division-I team in that sport earns.  In other words, the more revenue a sport earns on average, the higher the salary cap.  People privy to more financial information than I can decide on a logical value for the cap.

Regardless, for argument’s sake, let us say that the men’s college-basketball salary cap is $5 million.  The big boys of college basketball – Kentucky, Duke, Michigan State, Kansas, UNC, etc. – would likely use the full $5 million.  Perhaps one of these programs would pay each of its top three recruits $1 million per year and use the remaining $2 million to disseminate among its other players.  That would seem logical to me, but the schools can decide this.  Maybe no teams would spend the full value of the cap.  It is up to the colleges to decide how much to spend.  The “$5 million” number seems reasonable to me, in that a) it would mean that colleges would continue to pay players much less than in the NBA, which is an important distinction (more on that later); b) it would give players “enough of the pie” they are producing; and c) it would greatly reduce the likelihood that coaches would violate recruiting rules.

In terms of “c”, my change would allow the NCAA to have a better handle on recruiting violations.  First off, by allowing coaches to provide legal compensation to players, these coaches would have less motivation to provide illegal compensation.   This idea is similar to speed limits.  People not named “Sheldon Richardson” are more likely to obey the speed limit on an 80-mph highway than a 55-mph highway.  Secondly, with this cap, the NCAA could stop worrying about “trivial” transgressions.  With a $5-million cap, the NCAA would not need to obsess over whether or not a coach took a player’s family to dinner and gave the family some college shirts.  That value of the dinner and shirts would be negligible in the grand scheme of a $5-million cap.  Instead, the NCAA could focus solely on major violations.  For example, if John Calipari were to dole out the $5 million but then provide Range Rovers for a few of the kids, the NCAA would blow the whistle on it.  However, if Coach Cal were to take the kids out to Outback Steakhouse during a few recruiting visits, who cares? 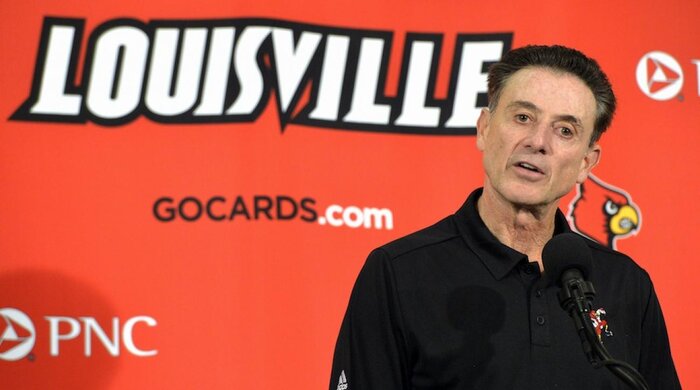 Now, I realize that some of you might be thinking, “This policy change would hurt the mid-majors, who cannot dole out the full $5 million.”  Would it really though?  Honestly, I think that, on the court, things would play out remarkably similarly to how they do now.  Right now, great high-school players often have to decide, “Do I go to Duke, where I might be a fringe starter?  Or do I go to Wichita State, where I would be the star of the team?”  This same scenario would continue to unfold.  If Duke is already paying a large amount of its cap to 4 or 5 players, Wichita State might be able to offer this prospective player more money than Duke anyway.   Regardless, my plan would probably mean that Duke, UNC, Kansas, Kentucky, and Michigan State would be top-notch teams every year.  Oh wait, exactly like they have been for almost my entire life!  Therefore, mid-majors would be in the same competitive position in which they usually find themselves.

Let us now switch gears from men’s basketball.  Given that this sport and football are the biggest revenue generators in college, these sports would have the highest salary caps.  That said, the same salary-cap premise would also apply to other sports.  Women’s basketball does not generate as much revenue as men’s basketball and thus would have a smaller cap.  At the same time, UConn would likely spend more money on its players than most other programs would, as UConn typically generates relatively high revenue.  Meanwhile, in baseball and softball, perhaps some of the big-time programs like Arizona or Texas would pay their players, but most would not.  The revenue simply is not there.  The same thing goes for plenty of men’s and women’s college-basketball teams, who would choose not to pay players.  For example, I am a proud Colgate alum, but very few people attend Colgate’s basketball games.  I would expect that Colgate would choose not to pay any of its players.  The same thing would go for a good chunk of colleges that really only garner attention when they become #14-16 seeds in the NCAA Tournament.

For those of you who worry that my system of “Pay if you want” would be “unfair” to the bulk of college athletes who do not receive paychecks, this is simply untrue.  A college education costs a few hundred-thousand dollars.  If an athletic scholarship defrays even part of that cost, then the athlete is being paid implicitly.  Furthermore, if a non-scholarship athlete is accepted into a better college than would have accepted him/her without the athletic implication, that athlete is paid as well.  He/she is paid in the form of higher future earnings due to having gone to a more prestigious college than he/she otherwise could have attended.

Thus, all college athletes are paid one way or another, explicitly or implicitly.  My plan merely alters the payment structure so that the players who earn large sums of revenue for a college are paid for this.  It is basic business.  The more money you make for a company, the more you get paid.  College athletics should be no different.

Let me now tie up three loose ends with my proposal.

In the 1950s and 1960s, when college athletics were much less racially diverse than they are now, players were not paid either.  In fact, over the past 50-70 years; as college sports have become more diverse, all of the following have happened: 1) College educations have become more valuable, in that there are fewer employers who will hire those without college educations; 2) The number of scholarships has increased; and 3) The amount and values of illegal contributions to players has presumably increased greatly.   Therefore, one could argue that players are better compensated now than they were during an era in which college athletics were much less diverse.

Yes, it is fair to speculate that the current college-athletic structure is more unfair to African American athletes more than to others, and that is definitely a matter worth fixing (as I feel my proposal would).  However, I would attribute this situation to the NCAA’s stupidity, not to racist motives.  Again, “never attribute to malice what can adequately be attributed to stupidity.”

Anyway, now that I have tied up my loose ends, I will wrap things up.  Let us allow, but not force colleges to pay players, and let us make the NBA and NFL age minima 17.