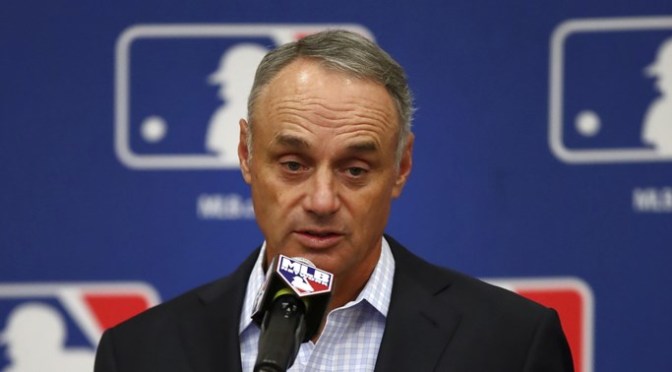 In an era where 98% of sports TV is unwatchable, I actually really enjoy Colin Cowherd. I agree with most of his takes, and he does a pretty good job of mixing up his topics of discussion and having opinions that differ from what you’d hear 9000 times a day on SportsCenter. But every once in awhile, he says something that I just can’t get on board with. During the NBA Playoffs last year, he claimed it didn’t matter that everyone and their mother knew the Finals would be Warriors vs. Cavs again because “you go into movies knowing how it’s going to end.” First off, I try not to hear how a movie ends until I go, when applicable. And yes, while you obviously go into some movies knowing how it’ll end (spoiler alert: the Titanic sinks at the end), you watch the movie to see how it all plays out to cause that ending. Forgive me for not exactly finding the Warriors going 12-0 in the West and the Cavs go 12-1 in the East particularly entertaining. Long story short, when Cowherd has a bad take, it’s usually a REALLY bad one. Then I came across this video the other day.

"It's a great idea… You get another [Bryce Harper, Giancarlo Stanton] at-bat if you trail in the 9th."

@ColinCowherd on @TheHerd on potential proposal to allow trailing team to have any player bat in the 9th. Do you like the idea? pic.twitter.com/QQRGFOcjAO

I’m not necessarily a baseball purist that will scream and shout at any potential rule change, but this one is just really bad. First off, if anyone should be for this rule, it should be me as a Yankee fan. Would I rather see Aaron Judge or Giancarlo Stanton bat again in the 9th with the bases loaded rather than Ronald Torreyes? Obviously I would. But that’s the beauty of baseball, you don’t know how the game itself is going to pay off. Every move is strategic. Do you use your best reliever to get out of a jam in the 6th inning, or save him for the 9th? At what depth do you play your infielders when it’s first and third with one out and you’re ahead by one? Every little decision can make a major impact, and this proposed rule change would just make a manager’s job too easy. Imagine if the Astros had 7-8-9 in the order coming up in the 9th, and A.J. Hinch could just say “hey, Correa, go grab a bat.” Where’s the strategy in that? What happens if Terry Francona already used Andrew Miller to get Correa out two innings prior to that? Is he allowed to come back into the game too?

I’ll listen to anything  that can help make baseball even more entertaining, not because the sport needs help, but why not make improvements? I’m all for pitch clocks and limits to mound visits because while cutting 5-10 minutes off of a game may not make a real impact/attract any new fans, they just make the game itself run more smoothly. But this idea? Scrap it immediately. It’s the Jessica Mendoza of ideas. (If you watched even just one Sunday Night Baseball broadcast last year, you know how awful she is at her job). So thanks for trying Colin, but let’s never talk about this idea ever again.

2 thoughts on “Is This the Worst Proposed MLB Rule Change Ever?”