The last two weeks of the Seahawks 2017 season was a rollercoaster of emotions.

From no hope to tons of it, to seeing the Falcons win and Blair Walsh miss another important field goal to ensure the Seahawks’ loss in Week 17 and miss the playoffs. As a long-time Seahawks fan, I’m no stranger to seeing them miss out on the January festivities, but based on their success under Carroll, I really thought they could find a way. Unfortunately, all good things come to an end, and it’s time to move forward.

A good thing for the fans is that the Seahawks organization is clearly not accepting this failure. Yesterday, they fired offensive coordinator Darrell Bevell and offensive line coach/assistant coach Tom Cable. There are also rumors that defensive coordinator Kris Richard and QB coach Carl Smith could be asked to hit the road, too. 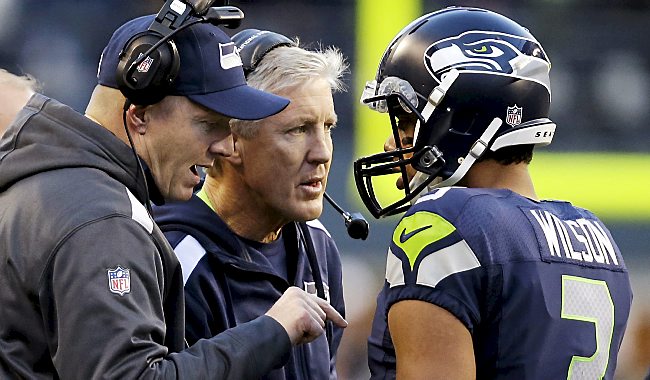 I personally would love to keep Richard. I think he has an extremely level head and is a calming presence in what is often a boisterous locker room. The numbers were only bad because the players on the field couldn’t stay healthy. But, he has interviewed for the job in Indianapolis, so if he is ready to move on, then let him walk. Also, former DC Gus Bradley, who left the Seahawks to be the head coach of the Jaguars in 2013, has been rumored to possibly make a comeback to the team (although those rumors were recently smashed). As for Carl Smith, I’m not sure why the Seahawks would let him go as Wilson had a great year and I’m sure Boykin was ready if need be. But he is old and could be moving to a consultant role in the organization.

Coaching is something nearly impossible to predict until rumors break down, so I am not even going to try. But I will play GM and highlight a few moves (albeit somewhat obvious) that the Seahawks should look into: I think it’s also important to note that the Seahawks dealt with a LOT of injuries this year. Prior to the season, a healthy Seattle Seahawks team had 8:1 odds to win the Super Bowl. A complete shift in the direction of the team is NOT necessary. Changes need to be made to keep up with the rising talent in the NFC, specifically the division rival LA Rams, but just because we missed the playoffs, the whole world does not have to end. The key to this offseason is DO NOT PANIC. Evaluate the injuries, and move on from there. A healthy Seahawks team can still 100% contend, and I look forward to any changes they can make to improve an already talented roster.

One thought on “Seahawks Clean House; Some Potential Offseason Moves”