When I heard the other day that Marvin Lewis would be coming back for a 16th season as coach of the Cincinnati Bengals, I was surprised.  The guy has no playoff wins, and the Bengals have disappointed for the past two seasons.  However, I cannot argue with the Bengals’ decision.  Continuity is a very important thing for a team to have – most specifically continuity at quarterback, head coach, and general manager.  We have heard stories of quarterbacks like Alex Smith cycling through coach after coach and offensive coordinator after offensive coordinator.  Usually, this cycling does not result in great success on the field.

Meanwhile, many people find it laughable that Hue Jackson remains coach of the Cleveland Browns after winning once in 32 tries as Cleveland’s head coach.  However, I am glad that Cleveland has finally resisted the urge to fire a coach after two or fewer seasons.  Before Jackson took over the reins, the Browns had 4 coaches, none lasting more than 2 seasons, in 7 seasons.  Eventually, a team has to stick with someone and let him grow a program.

As for another team who has had minimal success in recent years, the Jets have done the right thing by letting Todd Bowles keep the coaching job and grow into (in my opinion) a strong coach.  The Jets’ organization now has a corps of talented young players and a stable climate that should both be beneficial if the team drafts a young quarterback and if the team tries to lure free agents this offseason.

I like to think that the Jets and Browns “get it” in these cases.  Good for them, as it is rare that either of these teams “get” anything.  In my mind, a team should only look to change its head coach (or GM or quarterback, but my focus here will stay on the head coach) if either a) the coach is clearly not the right coach or b) there is a great coaching candidate on the free market.

By that logic, the Rams were right to part ways last offseason with Jeff Fisher.  I do not know if the Rams had Sean McVay in mind when letting Fisher go, nor could the Rams have guaranteed that McVay would become as successful as he has been this season.  However, by last season, moving from Fisher to anyone else seemed like a good plan.  As for the second clause listed above, I was surprised that the Raiders fired Jack Del Rio.  I thought that his playoff appearance last season had earned him the ability to keep his job after a disappointing 2017 in which Derek Carr was never fully healthy, in my mind.  However, once the Jon Gruden rumors began to circulate, I understood the Raiders’ decision.  Granted, coaches who return after long layoffs are rarely successful, but at least the Raiders did have a Super Bowl-winning coaching candidate in play.

Meanwhile, the Giants were generally correct in their two most recent “firings”.  Tom Coughlin had been a great coach, but the 2015 season saw too many moments where Coughlin seemed overmatched by end-of-game strategies.  It was time to get a younger coach.  That younger coach, Ben McAdoo, was similar to Del Rio in that his 2016 playoff berth was followed by a disappointing 2017.  As you would probably guess, I think it is ridiculous that the Maras fired McAdoo because of “the way he handled the Eli benching”.  The Maras were like me in that they were shocked by the uproar over the Eli benching.  Therefore, even though the Maras probably initiated said benching, they needed to sacrifice a scapegoat to the Giants’ fanbase.  That scapegoat became McAdoo.  Anyway, I never liked McAdoo either, so I am OK with his firing; I just do not like using the Eli benching to be the reason.  At the same time; now that the season has ended, I suppose the end justifies the means.  But I digress…

The Giants, Raiders, Rams, Browns, Jets, and Bengals have all made defensible coaching choices; unlike the Lions.  Look, all football fans like to make fun of Jim Caldwell.  Ever since Peyton Manning’s reaction to Caldwell’s awful timeout call in a 2010-season Colts playoff game, it is easy to do.  At the same time, look at the stats.  From 2001 through 2013, the Lions made exactly one playoff appearance and had exactly one season finishing above .500 (2011).  After taking the Detroit coaching reins in 2014, all Caldwell did was lead the Lions to 2 playoff appearances and 3 seasons above .500 in 4 seasons.  Also, in my opinion, the Lions are one of the several NFC teams who are not in this year’s playoffs but who would have likely been a Wild Card team if in the AFC.  Furthermore, Caldwell has coaxed two 9-7 records these past two seasons out of a team who lost the top wide receiver (Calvin Johnson) in the league after 2015. 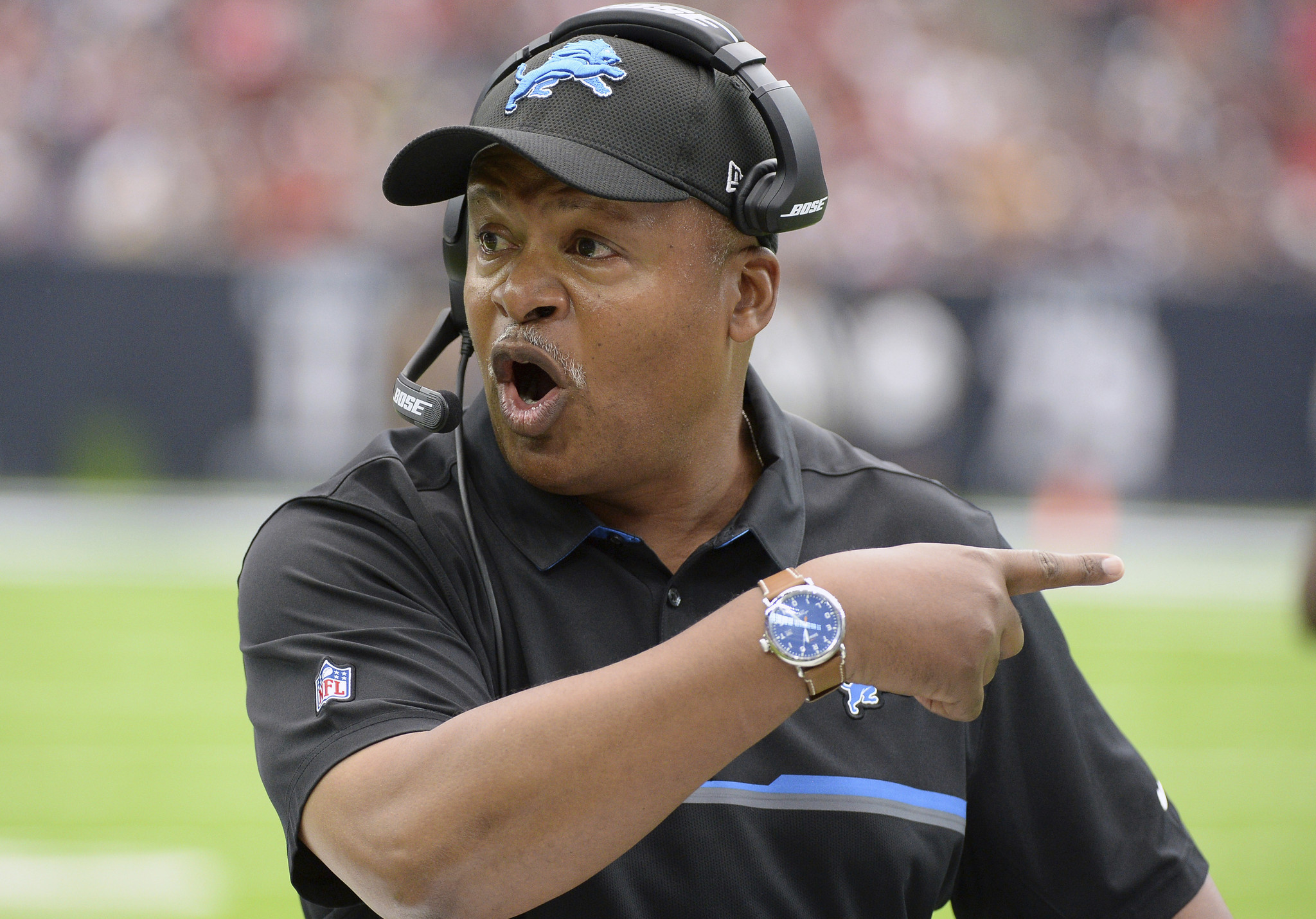 So why would Detroit make the decision to fire Caldwell without having a great candidate on deck?  Probably to appease the fans.  Right now, Bengals fans are probably unhappy to keep Lewis while Lions fans are happy Caldwell is gone.  However, if I were to put money right now on one of these two “cats of prey with a decent veteran QB with no career playoff wins” teams, I would bet on the one whose quarterback does not have to take on a new coach and likely a new offensive system in 2018.