For most of my life, I considered myself to be a die-hard Mets and Devils fan.  After all, any list of the greatest moments of my life include Robin Ventura’s “Grand Single”, the 10-run inning against the Braves, “Henrique, it’s over!!!”, and the Devils’ three Stanley Cups.  The worst moments of my life include Kenny Rogers, Yadier Molina, Stephane Matteau, and Eric Staal.   However, I realized on Sunday that I had watched a total of 5 innings of Mets games since August 16.  That’s right…5!  I didn’t used to be that way.  In 1995 and 1996, 2002 through 2004, and 2009 through 2014 (all Mets seasons with meaningless Septembers); I still watched plenty of Mets games in late August and September.  However, in 2017, I live in a world with Thursday Night Football, lots of football pools, lots of blogs, lots of podcasts, a million shows to binge-watch, and 24/7 coverage of politics.  There were many times since August 16 when I flipped on the Mets, only to see them getting trounced….at which point I would change the channel to something else.  Similarly, in the past three Devils seasons, I generally stopped tuning by early March, as the team was way out of playoff contention.  All of this has made me realize that I’m not a die-hard fan.  I’m a hard-core fan, but I’m not a die-hard.

This got me thinking.  It is time that I separate fans into tiers.  I am leaving football out of the equation, because the once-a-week, 16-game, fantasy/pools/gambling aspect provides too many different variables and scenarios than for the other three sports.  The way I see it; for fans of any MLB, NHL, or NBA team; there are either 6 or 7 tiers of fans.  Let’s dive right in.

Tier I: The Ultimate Die-Hards

I was never actually in this category…even from 1990 through 1992 when I would cry every time the Mets lost.  These are the fans who go to September baseball games of a team that is way out of contention.  They go to March hockey/basketball games for teams out of contention too.  They are willing to spend the time not only to watch these games but to drive to the stadium/arena.  They are also willing to keep spending money to go to these crappy games.  You don’t get more die-hard than this.  Very few people make it into this tier. These are the individual fans you heard when you turned on a mid-week Mets game this September and saw 500 people in the stands.  There is always one guy whose every comment gets picked up by the TV broadcast.  Fans in this tier show either an incredible amount of team loyalty or an incredible lack of a life.  You be the judge. 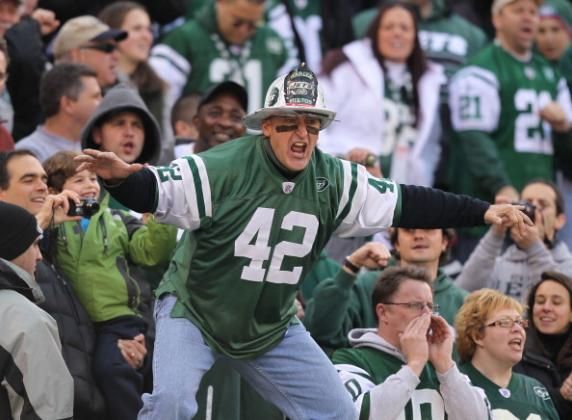 Again, I was in this category until recently.   These “Die-Hards” differ from the “Ultimate Die-Hards” only in that they watch the late-season games on TV.  These fans keep watching, but they at least retain the options to channel-surf in commercials, do chores during games, and avoid spending money for ballpark hot dogs.  This category does cover fans who try to watch every single game regardless of how bad a team is doing.  Congratulations to my parents, who both remain in the “die-hards” category for the Mets.  Over the past month, I have enjoyed getting updates from them about the September Mets.  It’s almost like I was in a foreign country with no access to Mets info….when, in actuality, I was in the same country that allowed me to spend hours every day on metsblog from April through mid-August.  I just had had enough of the Mets by the end of summer.  These fans don’t feel that way.  These fans are devoted enough to the team that they would rather watch a depressing last month of a season than watch anything else.  These are the Mets fans who were devastated in late August that Conforto and Cespedes would be out for the season, when people like me said, “I feel bad for them personally, but the Mets’ season ended weeks ago.  I’m over it.”

This is where I fall.  We in this group start every season excited about the possibility of a World Series Championship, Stanley Cup, or NBA Championship; regardless of how unlikely it might be.  This is the fourth-straight season in which no reasonable person gives the Devils a shot to win the Cup, but I am excited about the prospect of them shocking the world in June.  Tier-III fans are just like Tier-I/II fans in that all try to watch as many games as possible at the start of the season.  In any of the three groups listed, the fans know who all the players are.  A Mets fan in this group always knows who the fifth outfielder is, which relievers have been pitching well lately, how many pitches a starter pitched his last time out, and so on.  A Devils fan in this group knows the line combinations and defense pairs at any point, has views on what better combinations would be, and who should be getting more or less ice time.  Fans in this group actively think about a team’s game when they cannot watch.  They will take any socially acceptable opportunity to check in on a team’s game when they are unable to watch.

The main difference between Tiers II and III is that Tier-III fans, like me, check out in the last quarter of the season if the team is terrible.  We hold out hope longer than we probably should, but eventually we realize it’s over.  Once that happens, we move on to other entertainment choices.

These are the Mets fans who came back into the mix a few weeks into 2006, after a few years off.  They are the fans who jumped back onboard in April of 2015, left for three months, and returned in August of that year.  They are Rangers fans who took off from 1997 through 2005 but jumped backed in when Lundqvist showed up and improved the team that year.  These fans don’t wait until playoff time to root for their teams, but they wait until the team is good to jump back in.  Fans in this group have a major distinction from the first three tiers in that they do not check in daily to see how their team is doing.  They will check in rather frequently, but they are ok with not knowing how their team did last night.  Meanwhile, this statement would be blasphemous to someone from the previous three tiers.

These are the Yankees fans who showed up out of nowhere this week, the Mets fans who showed up out of nowhere two Octobers ago, and the hockey fans who show up once their “team” makes the second round of the playoffs.  They experience none of the hard work and stress to make it to the most exciting part of the year, but they reap all the benefits.  Worst of all, they usually act like they have been watching the team all year and know what they are talking about.  Essentially, they are like me (and most of America during March Madness).  With March Madness, I gobble up four days of college-basketball analysis between Selection Sunday and the opening Thursday, and then I act like I really know that Stony Brook should match up well against Kentucky.  I like to think it’s cute when we do this for college basketball, but I’m sure college-basketball purists hate it.  Likewise, the Yankees equivalent of this fan will probably spend the Yankees’ entire playoff run spewing lines like, “The Yankees need to make this a bullpen game, because their bullpen is their strength.” “Aaron Judge has really come on after a rough patch in the middle of the season.” and “Joe Girardi needs to be careful not to overmanage”.  These are the three lines that they heard from Francesa, Michael Kay, Sportscenter, or even just a Yahoo! Headline, but these fans are going to milk the three lines for all they are worth.  These people want to sound smart and act like they have been there all along, even if they have no idea where Todd Frazier or Sonny Gray was playing on July 1.  Also, these fans never never ever check to see how a team has been doing, unless they are actually watching the game.

Sorry, Yankees fans, but you have a lot more of these fans most other teams do.  These are the fans that don’t even watch playoff games, but they will tell anyone within an ear shot that they are huge fans of a certain team.  A Yankees fan of this flavor is probably at a bar right now saying, “I love the Yankees.  How can you not love Derek Jeter and Tino Martinez?”  They know absolutely nothing outside of 1 or 2 players who once played for the team…but  they legitimately think they can fool people into thinking they are huge fans. My all-time favorite moment for a Tier-VI person came in 2010.  I was at a bar, and a TV was showing the “Yankees Classics” version of Game 4 of the 1996 World Series.  I overheard a woman say to her friend, “The Yankees are losing 6-0.  This sucks.  I love the Yankees.”  That actually happened.  The TV said “Yankees Classics” in the corner, and the footage was somewhat grainy.  It was actually 2010, but the TV was showing the likes of Wade Boggs, Mariano Duncan, and Tino Martinez on the field.  The girl clearly hoped that a guy would hear her, be impressed, and start talking to her.  It didn’t work.  However, if I were not engaged at the time, I would have been tempted to go up to her and say, “It’s gonna be OK.  The Yankees are gonna tie this at 6 later on, on a 3-run homer by Jim Leyritz, and they’ll win it in extra innings.”  Is there anything sexier than being able to tell the future?  No.  Unfortunately, if my plan had worked, I would have been stuck spending time with a “Tier VI Yankees Fan”, which is as an insufferable a human being as one can find.  Anyway, you get my point.  These fans know absolutely nothing but act like they are huge fans.

This tier exists only for a select few teams, and they are the fans who refuse to enjoy anything about their team because they are always waiting for the other shoe to drop.  When good things happen, they say, “Obviously something bad will happen now because these are the ______________.”  You know the teams that have this tier.  The Mets, the Jets, and the Knicks are the main culprits.  I am going to guess that the Browns, Bills, and Maple Leafs have plenty of these fans too.  Don LaGreca and I cannot stand these people.  If you are that miserable rooting for your team, then stop watching.  These are the Mets fans who said in the 2015 World Series, “I knew they’d blow it, because they are the Mets.”  Never mind that they had an incredible run to make it to the World Series.  These are the Jets fans who are already conceding the #1 pick after two wins, because “The Jets don’t even know how to tank right.”  At some point, I plan to write a full post about self-loathing Mets fans, but today is not that day.

And there you have it….my 6-7 tiers of sports fans!