Tonight’s matchup will feature the “Rebuilding” Baby Bombers of the New York Yankees and the “Oh Shit They’re Good?” Minnesota Twins. This is the Yankees first playoff game since the 2015 Wild Card Game, AKA the “Dallas Keuchel Shoving Our Dreams Down Our Throats Performance”, and the Twins first postseason breathe since losing to the 2010 Yankees in the ALDS.

Any do-or-die game is always an intriguing matchup, but being a Yankees fan, tonight is especially exciting. It’s the beginning of something very special, and hopefully this core will be the next group of Yankees that will break our hearts in 15 years when they retire.

In my opinion, this game comes down to experience. Both teams are going to have the talent to get a win, but who is going to have the know-how to actually pull it off. While I am not a big Girardi fan, he is one of the longest tenured coaches in baseball and had a 15 year career as well, so he has to know something, right? On the other side is Paul Molitor, a Hall of Fame player, but only a third year coach. He may not be the first option for a manager, but as a great player, he will certainly be able to calm the nerves of some of the Twins young stars.

Aaron Judge: No shit, but I’m interested to see how he plays under all this pressure. Fans are expecting a lot from him, let’s see if he thrives.

Byron Buxton: Same goes for the Twins young stud. Without Miguel Sano, Buxton will be the offensive leader of this team based on the way he has been hitting over the past couple months. He is also one of the best defenders you will ever see, so keep an eye out for him to make a game-changing play.

Chad Green: Expect him to be first out of the bullpen for the Yankees. The first bit of trouble Severino finds himself in, Green will be in the game ready to give multiple innings of relief. If he does come into trouble rather than a clean inning, how he gets out of it could determine the outcome of the game.

Eddie Rosario: Starting in left field tonight, Rosario was once ranked the #3 prospect in the Twins system. He has legit pop, and at Yankee Stadium that is something to be worried about. He has a swagger about him that with one big hit, can absolutely change the momentum of a baseball game.

Dellin Betances: After an ugly September, he’s not the #1 guy out of the pen anymore. But, it’s likely the Yankees will need multiple big outs to get through this game. While Robertson, Chapman, and Green can be relied on to get through the bulk, Betances’ name is likely to be called at some point in need of a strikeout (possibly 2nd and 3rd, one out type situation). If he can control the zone and not walk anyone, he can be an X-factor in this game, but that is no guarantee right now.

Ervin Santana: The Twins starting pitcher for the night has had a great 2017 campaign, but he is notorious for being good, and then getting absolutely shelled. His postseason record is 2-2 with a 5.56 ERA…not too impressive.

Didi Gregorius:  If there was anyone that was going to cure the Derek Jeter hangover, I’m glad it was Sir Didi. People outside of the Bronx have yet to notice it, but he is turning into one of the elite shortstops baseball has to offer. I look forward to seeing him shine tonight on the big stage. 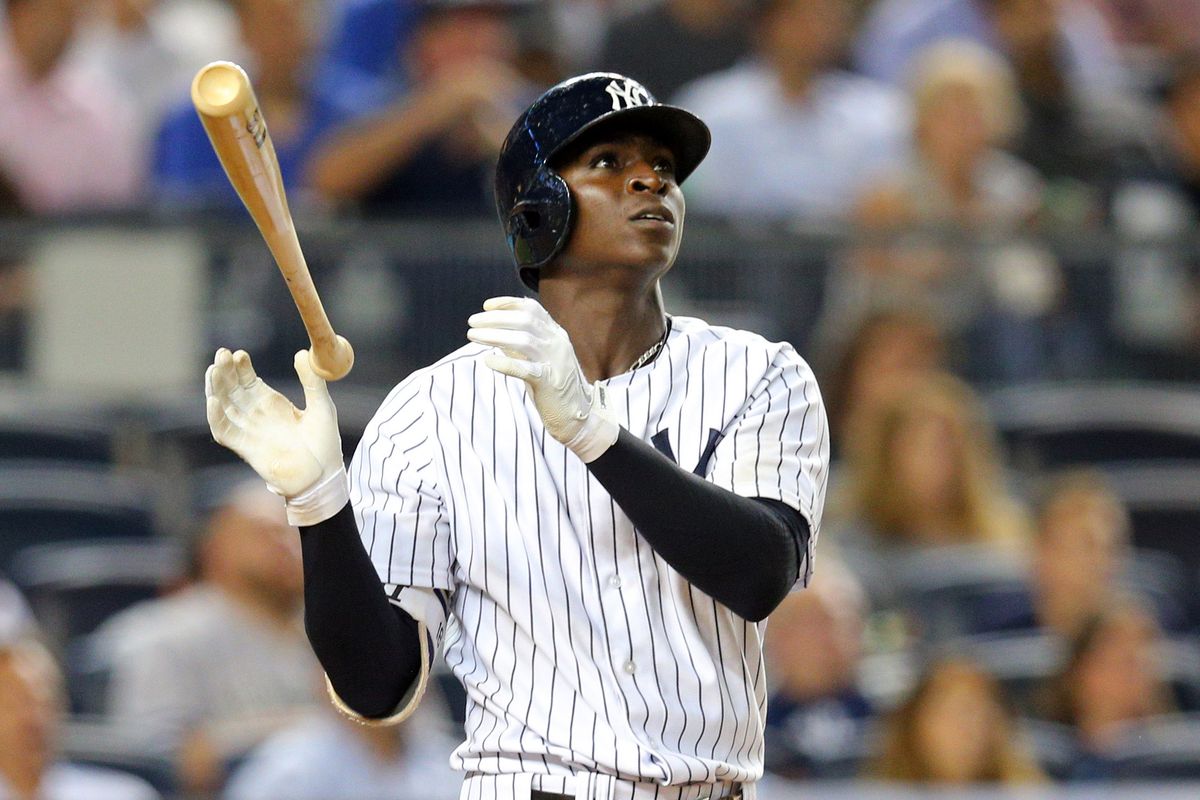 5-2 Yankees: Severino will pitch six innings, allow 1 run, then come out in the 7th being replaced by Chad Green, who will let in one of Severino’s runs on base, and then from that point on the bullpen will close the door. I expect the Stadium to have a lot of energy, which will let the Yankees hop on Santana early before he settles in. Don’t expect much from Judge because every good manager knows never to let a team’s best player beat you. Didi Gregorius will have a clutch double that drives in 2, and an insurance run single that gives him 3 RBI’s on the night.

Yanks win and advance to take on the streaking Indians.