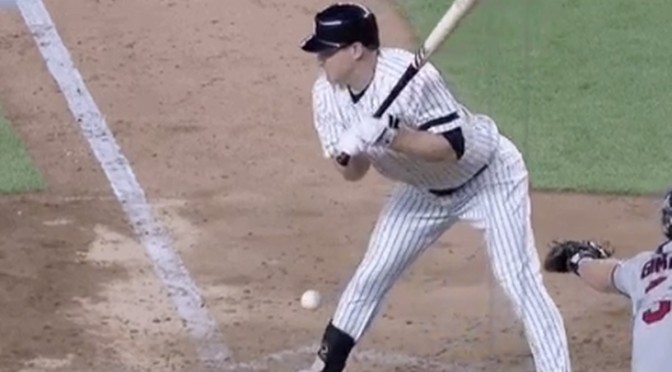 Before I write this blog, let me make it clear I firmly appreciate the year Chase Headley has had this season. He carried the Yanks offensively when they were struggling before and after the All-Star break, and has unexpectedly put together a nice 2017 campaign.

But I’ve said it before and I’ll say it again, Chase Headley could be batting .570 with 94 dingers, I’d still feel like he’s hitting .248 with 6 home runs and striking out swinging on sliders in the dirt.  He’s what Katy Perry is talking about in the song “Hot N’ Cold”, he’s yes then he’s no, he’s in and he’s out, he’s up and he’s down (back when Katy Perry was actually good).

When the Yankees were hot this season (excluding the first two weeks of the season), Chase Headley was not. He went from hitting an insane .380 in the beginning to plateauing at a consistent .240 for the rest of the year. During that time, the Yankees were playing 1st-place baseball.

Then when the Yankees were falling far into second place and rubbing shoulders with the Rays for third, Chase Headley was scorching hot, going 3-4 almost every game and contributing to a failing offense.

Right on schedule, Headley has started to come down to earth lately, and last night him being hit in the twig and berries firmly makes me believe the Yankees are back on track.

When things are right for the Yankees, they are wrong for Chase Headley.  He’s hot, Yanks are cold. He’s cold, Yanks are hot. It’s science. Ask the nearest nerd what they think, it’s undeniable.

So by Chase being plunked in the Golden Snitch, it’s clear that things are not going his way right now. Coincidentally, the Yankees are 8-2 in their last 10 and their magic number is down to 5 to clinch a playoff spot. Crazy how some things just make sense.

And now that the Angels have lost, the magic number to clinch a postseason berth is down to … pic.twitter.com/x3KcGzGCkJ

Thank you, Chase. You’re the hero we need, but not the one we deserve. Ice up.