Hello, loyal readers of BTB.  My fiancée, Madelyn, and I just spent some quality time up in the Canadian Rockies, a beautiful part of the world.  However, while I was there, I did feel bad that “Below the Belt” had to take a hiatus to wait for me to come back to the States.  Now, the wait is over.  I feel like Ron Burgundy coming back to Channel 4, shouting “We can do the news!”  Now, I can finally help the site get back to covering the big news of the past two weeks.  First off, I am so excited that Rutgers is installing a jacuzzi in the seating at its football stadium!  Secondly, I love that Don La Greca eviscerated a caller last week for saying that the Yankees should have pinch-hit for Aaron Judge in a win against the Mets.  Lastly, I love ESPN.  I love everything about it.  Not only can I now feel comfortable watching Virginia’s first game, but the Worldwide Leader even had the courtesy of putting up a list of “Fantasy Football Sleepers” during a Mets/Yankees telecast last week.  The list included Todd Gurley.  No Mets/Yanks viewer who does fantasy had ever heard of him until that moment, and baseball fans who don’t care about fantasy were really excited to see a random fantasy-football list show up in a Mets/Yankees game.  Great work, ESPN.  Furthermore……Oh wait, I am now being told that the site did actually carry on without me, and all that I just mentioned is old news.  Got it.  In that case, let’s talk about auction drafts.  Perfect segue.

Today was my 17th draft in the “MPHS Classes of 2000-2004” Draft, and it was our sixth year doing an auction draft.  At this point, I can no longer imagine doing it any other way.  Listen, you college kids.  Auction drafts are the way to go.  In a moment, I’ll detail all the reasons and examples why they are a hundred times better than snake drafts.  First off, here are the rules, as they pertain to our league.  Each team gets a draft budget of 200 fictional dollars.  There is a nomination order, not a true draft order.  When it is your turn to nominate, you say a player’s name and a dollar amount.  If nobody offers more, the guy is yours.  If someone offers more, that person gets the player.  Person after person can up the ante until eventually the price tops out, and the top bidder gets the guy.  In our specific league, we do not require teams to fill out entire rosters.  Therefore, we had two teams this year draft only seven players (we start 12 and have an 8-man bench).  Of course, this requires those teams to pick up a ton of guys on the waiver wire.  (Everyone has a 200-fictional-dollar auction budget too.)  So what makes auction drafts great?

There you have it.  Those are my six favorite parts of auction drafts.  At this point, you are probably wondering what my team is.  The worst part of it is the quarterbacks.  They are awful.  Embarrassingly awful.  However, with my depth, I am confident that I can upgrade at QB.  Plus, I expect to get enough points from all my other spots that I can get by with shoddy QB play.  Here’s the squad:

QB Mike Glennon $2: I actually like him, and I pretty much got him for free.  I also have Trubisky at $2, so I don’t have to worry about job security.  (Unless they both get hurt, and Sanchez has to play.) 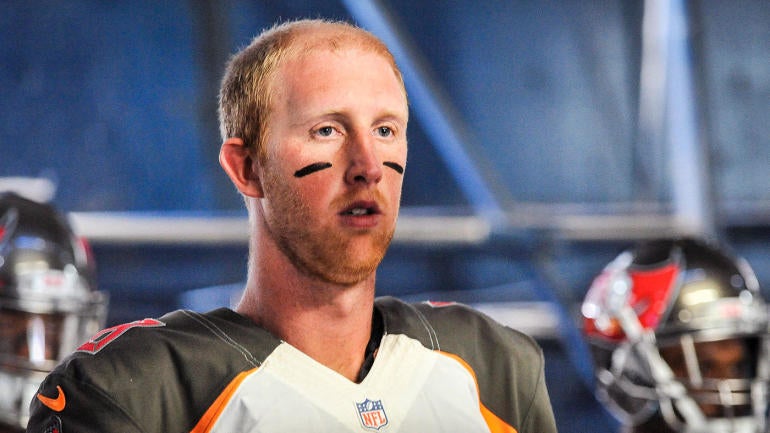 QB Jared Goff $5: I am beside myself over this one.  I listen to R.E.M.’s “Everybody Hurts” whenever I remember that I have to start this guy.

WR AJ Green $41: OK, that’s better.  AJ is really good at football, and I have never had him on my team before.  I tend to stay away from the Bengals because their color scheme overwhelms me.  That said, I am excited to experience AJ for the first time.

WR Sammy Watkins $10 Because why wouldn’t you want to create the crappiest QB/WR tandem of all time?  Actually, I like this pick.  Receivers can still have amazing seasons with horrible QB play (see “Hopkins, DeAndre”).

WR Jarvis Landry $11 I think this is a great value.  The guy is an excellent receiver, and the big-time receivers went in the upper $40s/lower $50s.

RB Le’Veon Bell $56 Worth every single penny.  I expect 30-40 points out of him several times this year.

RB Leonard Fournette $30  I love rookie running backs like Antonio Cromartie loves making babies.  Rookie running backs always have the most tread left on their tires, and we know that is especially true for this guy.  Plus, if Blake Bortles were my QB, I would run the ball on every single down.

TE OJ Howard $1  It is exciting to have another OJ in the league.  I want Tampa Bay to have at least one Sunday Night game, because Al Michaels is definitely the announcer ballsiest enough to make implicit OJ references, like “OJ has been wide-open all night here in New Orleans, but the Broncos will definitely give him better coverage next week”.

FLEX CJ Anderson $9  I loved having him in 2014, and I think he should have been Super Bowl MVP two years ago.  I am hoping for a good injury bounce-back season.

FLEX Carlos Hyde $10  Even though I own RedZone, I feel like I haven’t watched the Niners in three years.  That said, I hear Hyde is supposed to be good.

K/DEF I have to drop two players and pick these up.

Jason Witten $1 I’ll probably drop him.  I nominated him hoping that someone else would bite.

Jared Cook $1 This is a steal.  I love the thought of him with Carr.

Rob Kelley $3 He is the starter in DC right now, so he could see some time in my lineup.

Corey Coleman $2 This is another steal.  He showed good flashes last year, and I expect him to spend plenty of time in my lineup.

Kevin White $7 With Meredith hurt, I expect lots of good things here too.  I expect White to see time in my lineup.

Alvin Kamara $1  Hopefully he is relevant later in the year.

Anyway, that is my team.  I should add that we all paid my brother, the Commish, using PayPal.  Nick, I suppose PayPal is to our Facebook as Venmo is to your Instagram and Snapchat.  That said, auction drafts are so much better than snake drafts.