When you think of what makes pro athletes’ lifestyles so lavish, what comes to mind? The houses they live in, the cars they drive, the experiences they have, the women they date, etc. Well, when you’re a kid, none of this really applies to you. You live wherever your parents live, you can’t drive, you do what your parents tell you to, and girls still have cooties (they still might honestly). Going shopping for anything when you were a little kid was insufferable. You just wanted to be home playing with your trucks, not in a department store crying because you can’t find your Mom even though she’s actually five feet away. Shoe shopping was particularly bad because they’re shoving your feet into shoes that don’t fit until they find ones that do. But if you were lucky enough that your Mom let you get these bad boys? Day well spent. My Mom didn’t let me get them every time because I’m sure they were insufferable to look at 24/7, but running around in these fire kicks was always a good time.

When you’re growing up, your parents aren’t gonna spend a ton on sneakers because you’ll grow out of them 3 days later. So that puts NBA stars’ shoes out of price range. Not Starburys. The signature shoe of former Knick Stephon Marbury sold for just $14.98. You could only get them at Steve & Barry’s, which isn’t even open anymore. Awesome shoes that definitely made you feel cool. 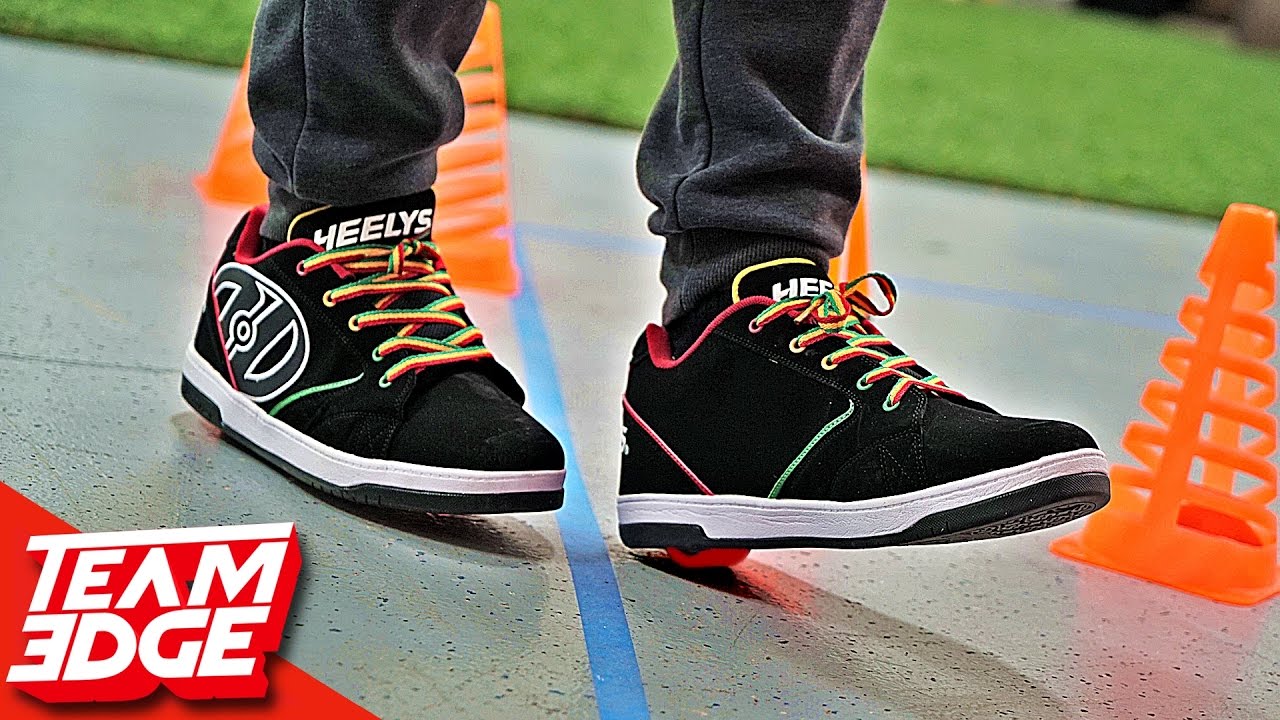 These were all the rage in third grade, until the school banned wearing the wheels in. People would still wear them to school without the wheels in to let you know they were about that life. However, third grade was not exactly the peak of my athletic prowess, and my chubby 9-year old self never learned how to ride them quite right. Sad! 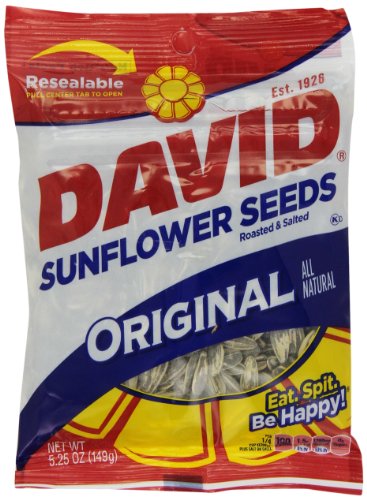 Guys who grew up playing baseball can definitely appreciate this. The guy with the big bag of David Sunflower seeds (original ONLY don’t @ me, get out of here with this ranch talk) or a bag of Big League Chew (it’s bubble gum cut like chewing tobacco for those unfamiliar) was instantly the most popular guy on the team. I used to like taking some seeds and gum and mixing them together for an amzing salty sweet combo. Some of my teammates used to say it was gross, but I like to think it’s that kind of innovation that will get me places in life.

Stickball was an every day activity growing up, and taping a bat wasn’t easy. A perfectly taped bat is kind of like the perfect girl: when you find her, you do everything you can to keep her around.

I wore Yankee shirts to school minimum 3 days a week when I was younger. I loved getting new shirts when they just got a player. I remember getting Johnny Damon’s shirt days after he signed and it was awesome.

-Having a dope baseball card collection

Baseball cards were the shit growing up. My friends and I spent countless hours trading them, and the Baseball Card Store (actual store name) in Midland Park, NJ was one of my favorite places growing up. Also, why Jim Winn in the picture? Well, some of my friends overvalued his card just because his last name was Winn, even though he only had a career 12-17 record.

-Going too hard in gym class

Gym class is an absolute staple of growing up. When I was younger, you only had it twice a week, and had to make the most of it. If puberty didn’t make you repulsive enough in middle school, getting sweaty every day in gym class definitely did the job. And gym softball in high school was always a good time. Pain heals, but gym class glory lives on forever (or for like 20 minutes until people kinda forget it even happened).

-Being the first to get the new sports video game

Sports games were and still are my favorite video game genre. MLB, NBA Live (before 2K took over), NHL, and of course Madden. If you were lucky enough to get the game right when it came out, all your friends would come over and play it for hours on end. 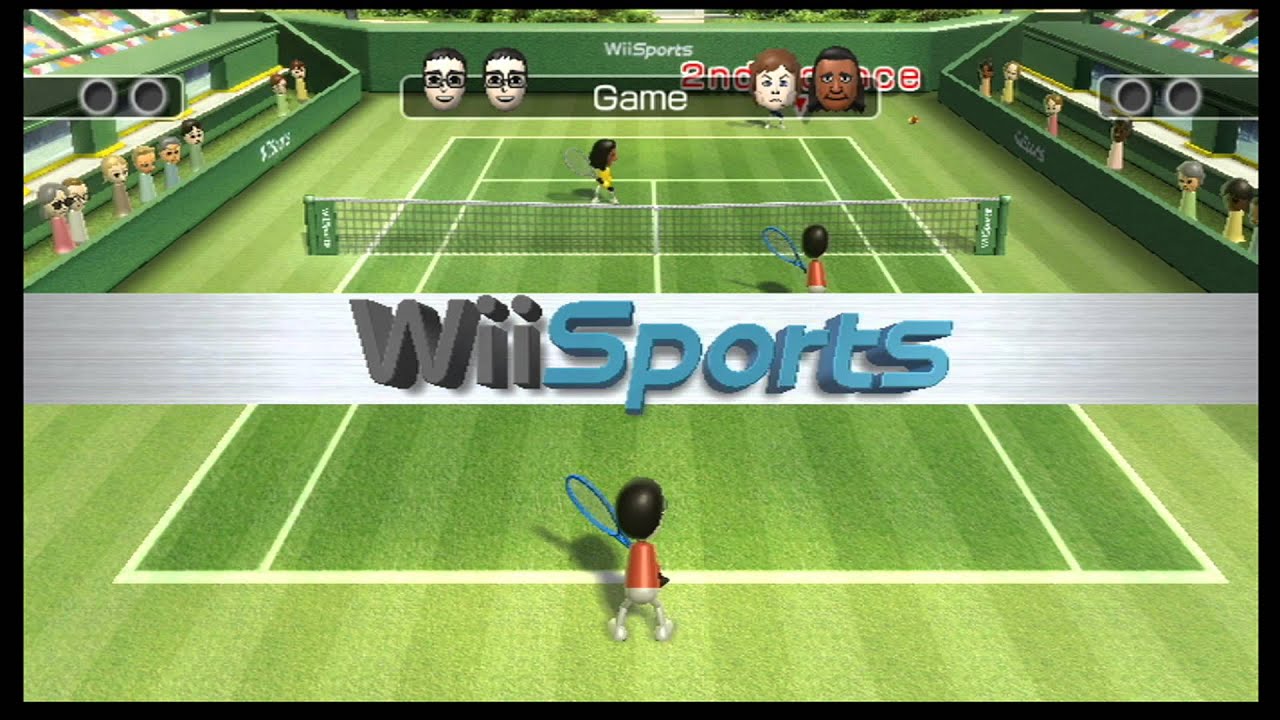 When the Wii first came out, it was absolutely HUGE. People were literally dying trying to get their hands on one. You could basically convince me to go anywhere if it meant a Wii was involved. Come Christmas 2007, a lot of people got the Wii so it became a little bit less of a big deal. But nonetheless, Wii Sports remains one of the greatest games of all-time.

-Having an unstoppable team in franchise mode

I’ve always said that I miss when the biggest concern in life was the state of your Madden/MLB franchise. The thing you spent most of your time on was fictional and basically completely in your control. Those were the days.

-The house with the good snacks 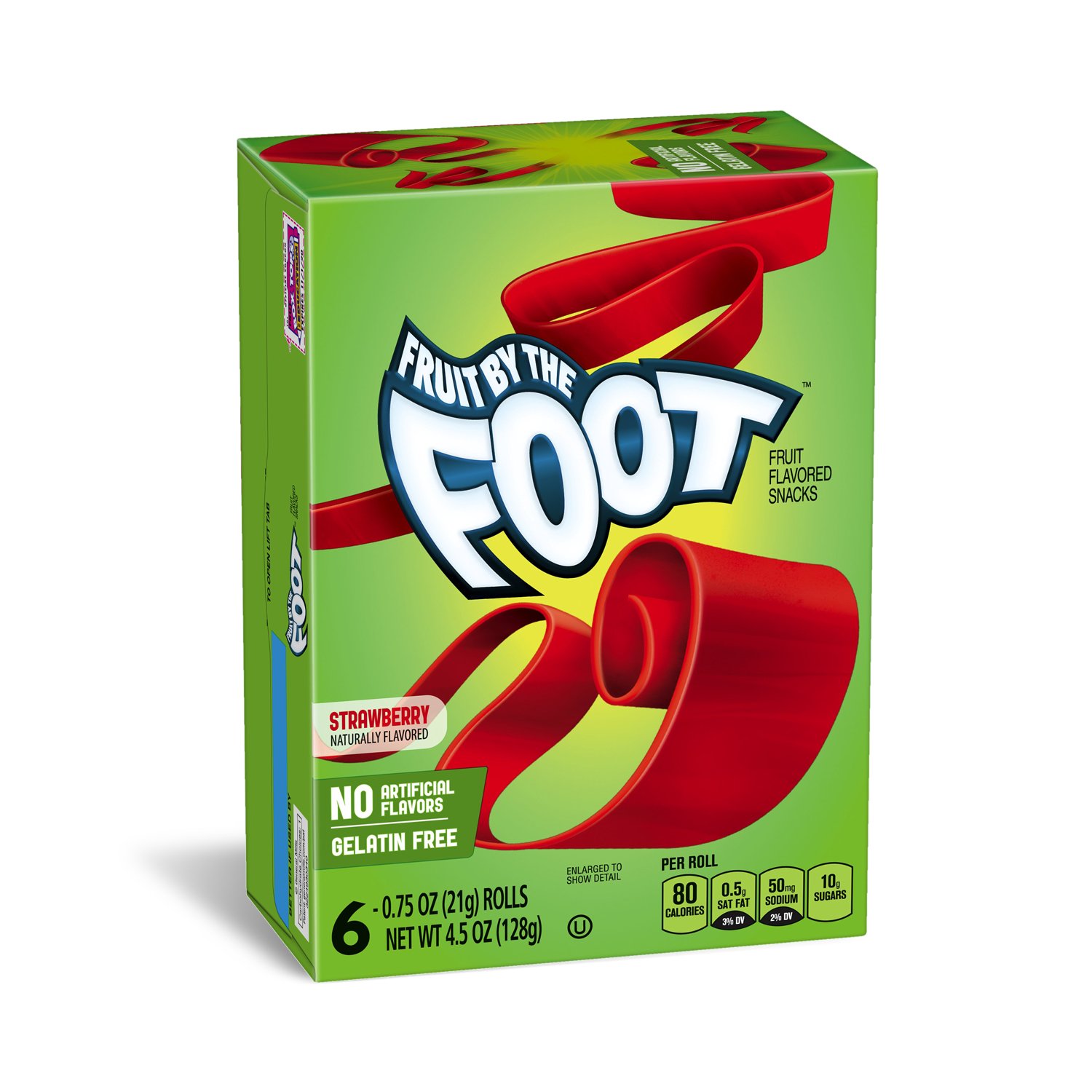 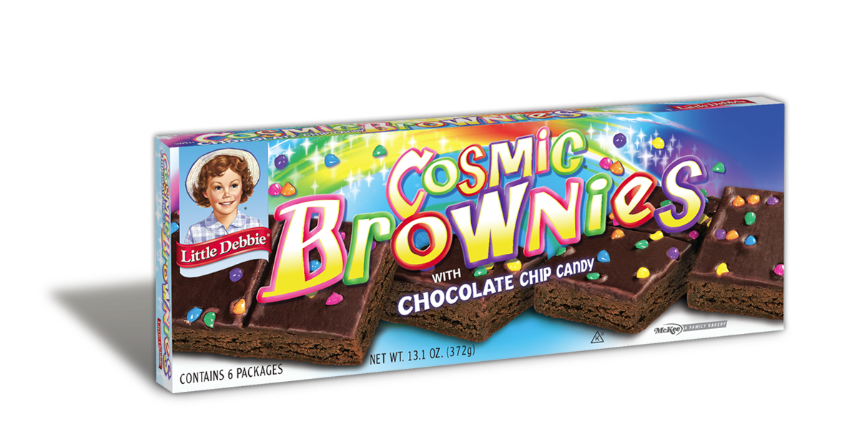 If a friend’s house doesn’t immediately come to mind when I say this, I’m sorry for you. My Mom was by no means a health nut, but didn’t keep a ton of sugary snacks around when I was growing up. There was always that one friend who had a pantry stocked with stuff like Cosmic Brownies, Fruit by the Foot, Gogurt, etc. Whenever you went over there, you knew you were probably going to leave with a stomach ache, but you would regret nothing.

-The house with a good yard for wiffleball 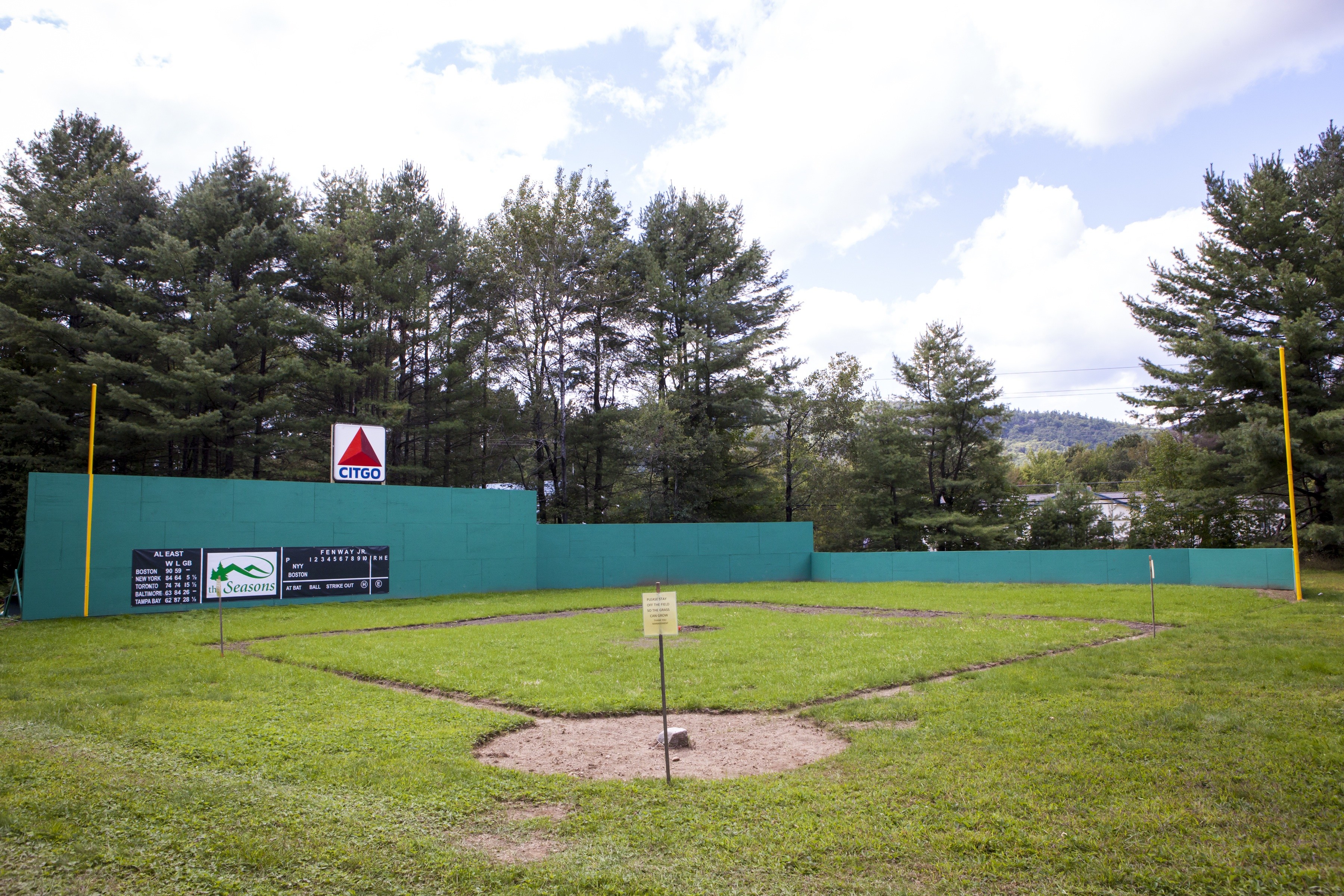 Like I said, stickball or wiffleball games were a nearly every day occurrence growing up. Different friends’ backyards made for more interesting games. Maybe one yard was huge and didn’t have a fence. Or another yard had a short porch in right field. Either way, playing in your different friends’ yards made you feel like a big leaguer traveling to different stadiums.

-Having a pool and/or slip n slide Obviously having a pool is awesome no matter how old you are, but going to a friend’s pool or breaking out the slip n’ slide on a hot day in the summer was always a power move.

Worthless Crap You Messed Around With at School 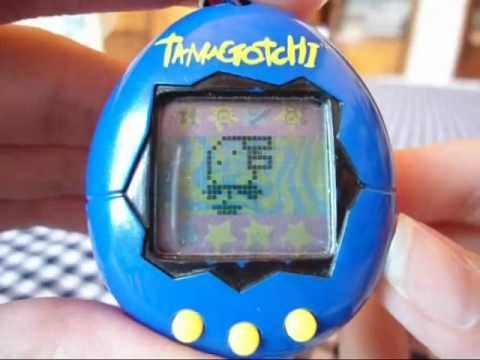 Taking care of these things was always a good time. I wonder how many of them died after not being fed in 12 years. RIP in peace.

I was never a Tech Deck guy, but people could do some sick tricks on those mini skateboards.

I don’t know if the guy who thought of making rubber band bracelets that form shapes thought they’d get so popular, but he’s probably richer than he should be. They had silly bandz of everything from animals to sports to foods. Also, when I was searching for the image, I came across these

-Getting your parent to bring you fast food on your birthday

This was a 4th/5th grade thing in Ramsey, but if your birthday fell on a weekday during the school year, one of your parents might have dropped you off some Wendy’s or McDonalds for lunch. Eating that while everyone else ate the school lunch or their lunch from home was a power move and a half.

-Walking the extra cupcakes to other classrooms on your birthday 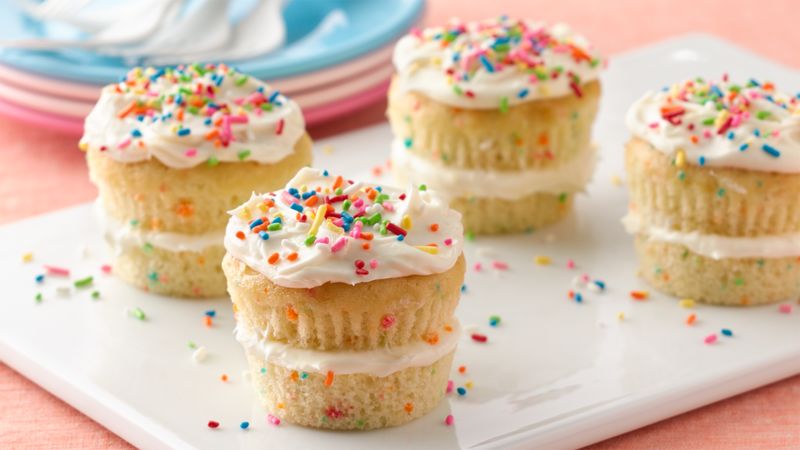 Again, not sure if this is just a Ramsey thing, but kids would always bring in cupcakes for their birthdays when we were younger. If there were any extra, you and a friend would get to go to other teachers’ rooms and ask if they wanted a cupcake. You basically felt like you ruled the school, roaming the halls with your boy, cupcakes in hand. You would always make sure to go to your other boy’s class and you’d act like you haven’t seen him in months, because if you weren’t in the same class you almost would never see your friends during school.

-Bringing your friends to In The Swing, Unbelievabillz, or Dave & Buster’s for your birthday party

With the exception of Dave & Buster’s, you definitely have to be a Bergen County kid to know these places. Right across the street from each other on Hopper Ave in Waldwick, In the Swing and Unbelievabillz were guaranteed to be a good time for birthday parties. Unfortunately, they both closed a few years ago. I guess kids’ birthday parties today are just them sitting in the same room simultaneously using Snapchat and eating pizza.

-Getting a DQ ice cream cake with a design on it (team logo, movie character, etc.) 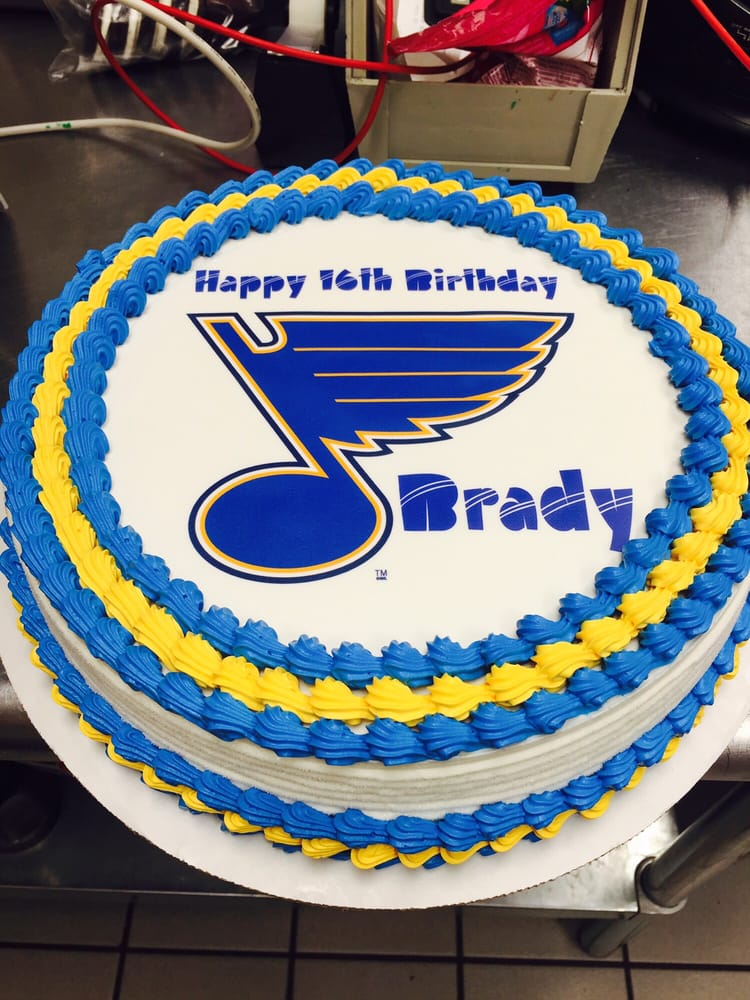 Ice cream cake is a really underrated dessert, and everyone knows Dairy Queen is the Wayne Gretzky of ice cream cake. Birthday cake with your favorite team or superhero on it? Always the move.

-Trick-or-treating with the boys

Halloween was the absolute shit when you were younger. It’s still great, don’t get me wrong, but rolling squad deep to scour the neighborhood for free candy was something you looked forward to all year.

Just sleepovers in general were always a good time, but adding in a mini-hockey tournament made them even better. If you look up the definition of “going hard in the paint” in the dictionary, you’ll find a picture of a bunch of 5th graders on a sugar high playing mini hockey in their friend’s basement.

-Walking into town for lunch on half days When it was a half day, and you were a middle school kid in Ramsey, you knew the drill. You were gonna walk your ass to Main Street, get some greasy food, most likely either a burger from Jersey Burger (RIP) or pizza from Francos, and have yourself a day. And whatever money you had in your pocket leftover after lunch was gonna be spent on worthless crap from The Store. Glory days man, glory days.

No description necessary. Bar/Bat mitzvahs were the OG turn-up in middle school (besides Teen Canteen, but they’re in the minors while Bar/Bat Mitzvahs are MVP candidates in the majors.)

-Having a substitute teacher

When you walked into class and saw a substitute teacher, you would just look over at your boys and be like helllllll yes. Anything goes with a sub. You can basically convince them of anything. “Yeah Mrs. Stevens actually replaced Math with an hour of computer games and ice cream, idk but we’ve been doing it all month.” It was literally all fun and games with a sub, unless they wrote your name down for the teacher to see when she got back. Definitely NOT chill.

That’s all we could come up with for now. Obviously this list was pretty geared towards guys who grew up in Ramsey, but that was the sample I had. If you think I missed something, share and comment what it was. If you think I sound like I was a loser based on my childhood, I understand as long as you share. If you think I’m still a huge loser, well that’s pretty hurtful but share and you can say whatever you want. Hope you enjoyed this trip down memory lane, now it’s back to the real world.