Look, I’m a huge baseball guy. I love looking at stats, seeing who the league leaders are, who are up and coming stars, yada yada yada.  But before 2017, I had zero clue the “Silent But Deadly” Adrian Beltre was about to reach 3,000 hits.

But butter me up and call me biscuit, he did it. 3,000 hits essentially guarantees you a Hall of Fame spot, and rightfully so.  It’s a personal milestone that only 30 people before Beltre had accomplished, and is a true testament to a career filled with long-term success and everyday production. But for some reason, Beltre sort of snuck his way into this iconic group. He stayed far under the radar for most of his career.  Never really being the best player at his position, or a perennial All-Star, Beltre quietly had/is having an incredible career.  Let’s take a look at his low-key memorable career.

This season brought Adrian Beltre to life, and solidified him as one of baseball’s best players.  After this season, he signed a 5 year and $64 million dollar contract with the Mariners.

In his time with Seattle, he averaged a .266 BA and 23 dingers, never getting over 100 RBIs.  Clearly, his contract became a bust as his production could have been better. While this probably should have been his prime, it seems that Adrian Beltre is like fine wine, and only gets better with age.

TAKE ME TO BOSTON

His success from this point on is what becomes really eye popping.  He only spent one year with the Red Sox, but he batted .321, led the league with 49 doubles, has 28 HR and 102 RBI.  After a disappointing 4 years with the Mariners, Beltre’s career turned around here.

EVERYTHING IS BIGGER IN TEXAS

He joined the Rangers in 2011 at age 32, and has stuck at the middle of their lineup through multiple playoff runs and almost World Series titles. In his 6 and a half seasons with Texas, he sits around a .307 BA, averaging over 25 home runs a season, and consistently reaches 80+ RBI.  It’s clear he has made his career worthwhile in Texas. 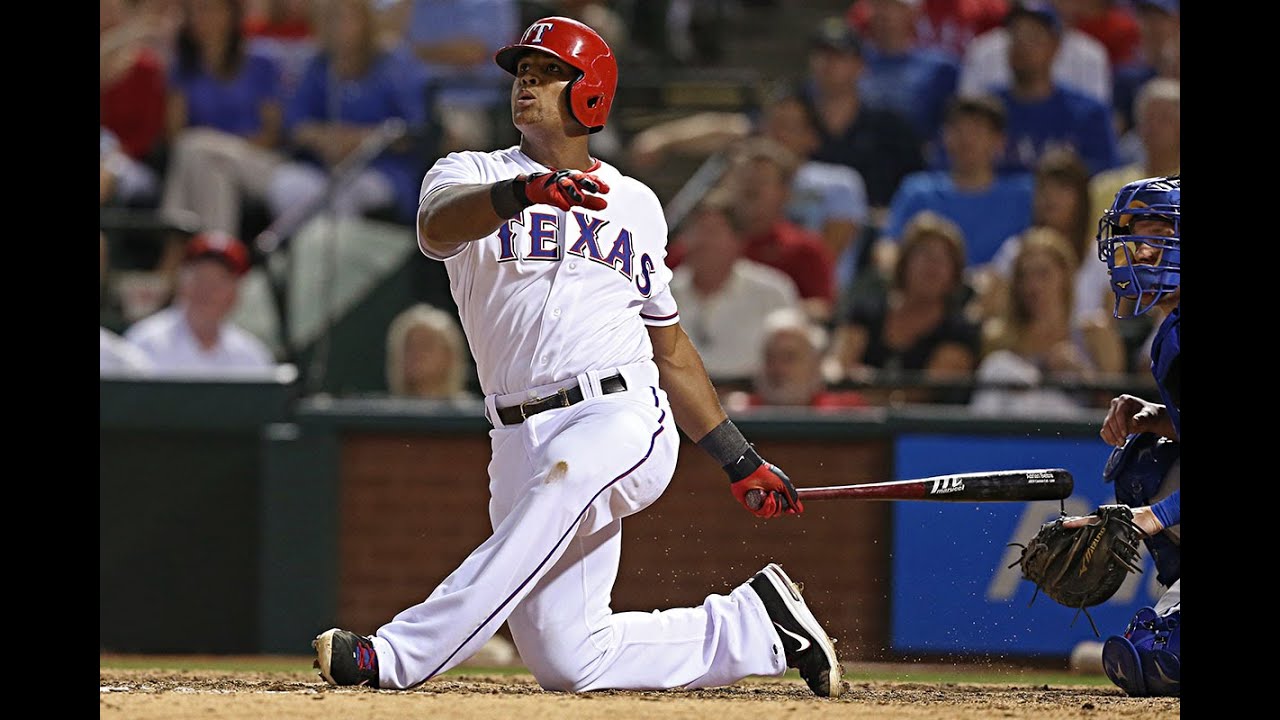 While you really wouldn’t know it, Beltre has been one of the best hitters of the decade, and will likely finish his career over .300 and close to 500 home runs in what was a fairly pitcher-dominant era (post Steroid-Era).  At 38, he is still producing at the highest level of his career, and it was great to see him share such a special moment with his family on Sunday. For a guy that plays the game with so much heart and is always having fun on the field, enshrining him in Cooperstown will be an honor every baseball fan should be grateful to see.

How can someone hate Adrian Beltre ⚾️❤ pic.twitter.com/WkkClGx2CF