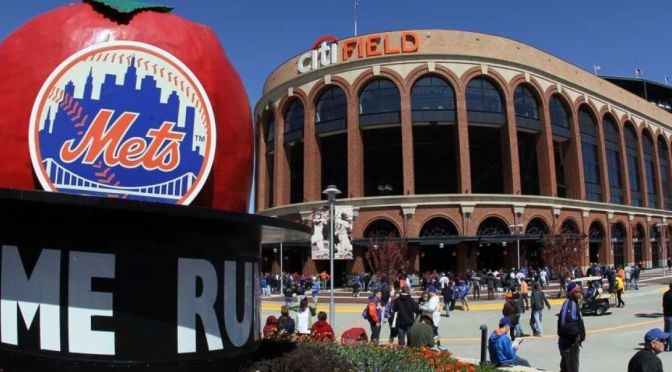 I always imagined Mets fans going to games is kind of like people going to AA meetings. You don’t really want to go, but it makes you feel better to be around people going through the same struggles as you, supporting each other. I probably shouldn’t take too many jabs at the Mets because they actually played a great game last night (I watched the first few innings since the Yankees had already played earlier – not worried about them but possibly a little concerned), but a 7-3 win over the Cardinals was not the most noteworthy thing to happen at Citi Field last night.

Definitely a bold move on the couple’s part. Kind of a head scratcher as to why you would buy tickets to a Mets game considering they could’ve done the deed elsewhere for much less money, but there are a lot of possible explanations here. Maybe they got free tickets from someone and aren’t that into baseball. Or, it could be the exact opposite. Maybe they’re HUGE Mets fans. What if the Mets actually getting hits with runners in scoring position really turns the girl on? What if they’re trying to conceive a future Mets starting pitcher that doesn’t get hurt every other year? Whatever the case may be, congrats to these two on the sex.