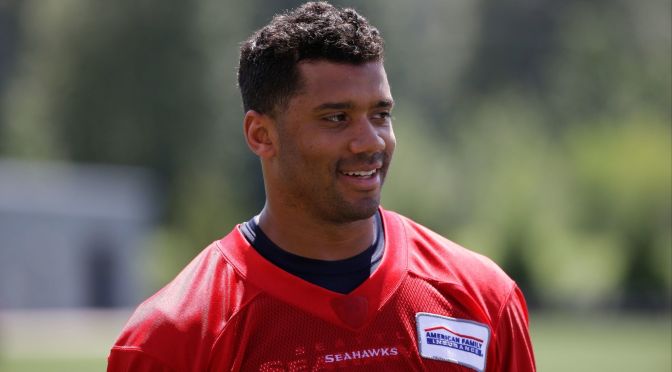 This is what Russell Wilson eats to cut weight.

Usually when you think NFL players and what they put in their gargantuan bodies, you think massive steaks, plates upon plates of mashed potatoes, ten sandwiches with every cold cut imaginable, an eight pound salad, and then a whole cake for dessert.

He’s developed a reputation around the league as being one of the hardest working and overtly humble players there is.  He takes every footstep into account when training and works it to perfection.  Even though the things he says sounds rehearsed (which it is) and not that authentic, it doesn’t take away from his level of dedication to the game of football.

And this diet he’s on is a microcosm of his commitment to being great.  He’s literally eating meals by the tablespoon, and the bigger meals he eats don’t even sound that fun.  Where’s the pounds and pounds of french fries? No burgers,? He even has scheduled snacks, so when he wants to eat out of boredom he probably can’t even, which is a tragedy.

His snacks aren’t even snacks, it’s a fucking spoonful of molasses and this bullshit almond butter, which is literally just rich people peanut butter.  Russell has to eat this almond butter like seven times a day and then throw some fruit around just to have a little excitement.

The only meal I’d look forward to if I were him is dinner with the steak, veggies, and potatoes.  But based on the rest of his diet, it’s probably dry steak and the veggies are something horrible like brusselsprouts.

All in all, it’s not anything I have the commitment level nor the discipline for. I’d ruin this diet immediately by snaking some Kit Kats and ice cream on the first day. But I guess that’s why the Seahawks aren’t paying me the big bucks.