2017 has had its moments, its ups and downs, its right and wrongs, its highs and lows…but this… 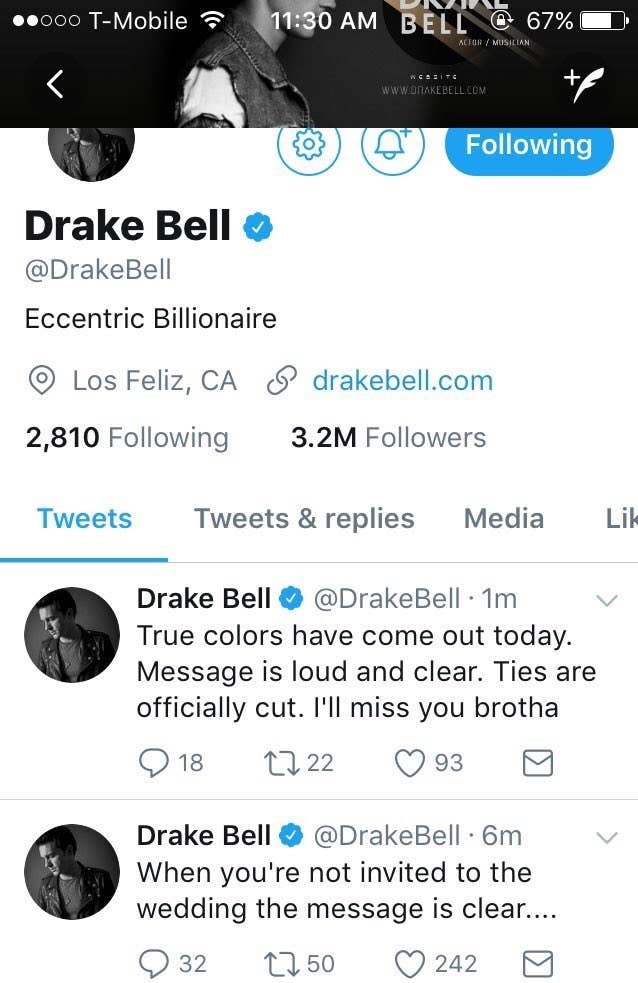 Here’s a few memes and gifs to describe my current state:

I mean, wow, this hurts in a way you wouldn’t wish on anyone.  It really shouldn’t matter but it does.  When your two favorite childhood brothers (Sorry Zack and Cody) are no longer friends, it’s like hearing that your family dog ran away for the sole reason he didn’t like you.

I really don’t want to believe this, because Drake & Josh was the literal shit when we were growing up. Packaged with Zoey 101 and Ned’s Declassified, Nickelodeon owned a piece of me.

Nobody has said if it’s true or not, but I did research and Drake Bell either deleted the tweets or some asshole made all this up.  My only evidence is that skinny Josh was always a bit of a whiner, so if Drake did something recently, then skinny Josh might have done this out of spite.

FAT JOSH WOULD HAVE NEVER DONE THIS.

In all likelihood, their relationship has been slowing done for a while, they both probably work a lot and are trying to make their own careers and over time, you get caught up in yourself.  They probably stopped making time for each other and lost contact.  Josh, you should have invited him because you never forget the people you grew up with. Dick move for sure.

But, if there is one thing to absolutely destroy your childhood, this is it. I’m probably going to go to the Ramsey Public Library (shout out) and rent as many seasons of Drake & Josh as I can and just try pretending everything is like it once was.

Side Note: If you’re going to replace a lifetime friend with anyone, John Stamos is probably the guy to do it with. The guy is a Greek God.