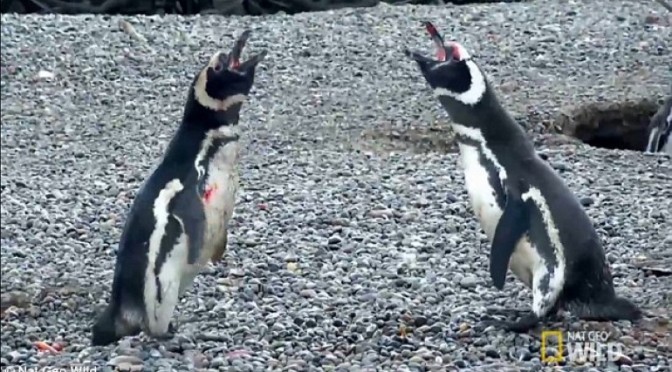 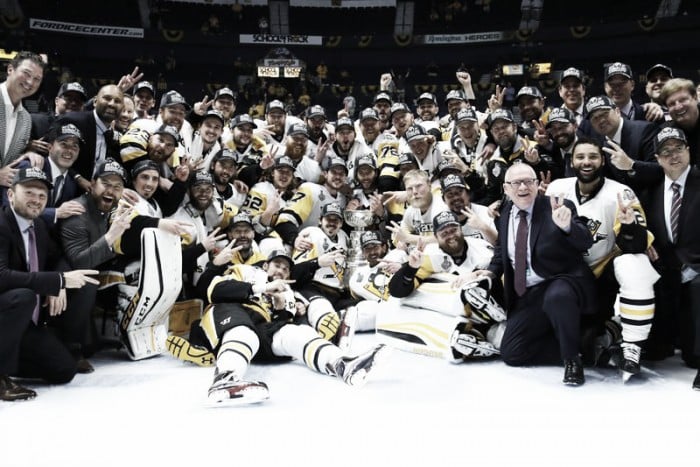 A fight breaks out when a husband comes home and finds his wife with another penguin. pic.twitter.com/9ejYGcJ5TJ

What a fight, let’s get these penguins in the octagon and get this shit on Pay-Per View.

I mean the back and forth, the suspense, the COMEBACK?!?!, and the final defeat. Unbeatable and undefeated, Mother Nature takes another W.

Imagine sitting around watching that, though? That’s bigger than middle school drama, that’s like if you see parents fighting at a Little League game and even the players stop to watch, but nobody says anything about it EVER. You just have to let them clear the air and let bygones be bygones (I have no idea what a bygone is by the way).

All the other penguins were just sitting there watching like:

Sadly enough, the hoe of a wife chose the homewrecker, and somewhere Chris Brown is hollowly shouting “These hoes ain’t loyal”.

If this video doesn’t describe modern Twitter crazes, I don’t know what else would. Before you know it there will be a series on E! called “Keeping Up with the Penguins”, and you’ll NEVER guess what Mother Penguin said.

Keep up the good work, Nat Geo.  That’s journalism at its finest.