In a recent article in The Player’s Tribune, the formerly relevant Gary Sheffield was asked how he’d change the game if he was the new commissioner of baseball.  Some changes made sense for sure, like getting rid of replay to speed the game up, and some were kind of a stretch, like extending the play-in wild card game to a series.

But one stood out to me, and that was the fact that Gary Sheffield wants brawls…and he wants them now. He believes that if a pitcher has the right to throw at a hitter, the hitter should have every right to go right the fuck back at the pitcher and light him up like a Christmas tree. 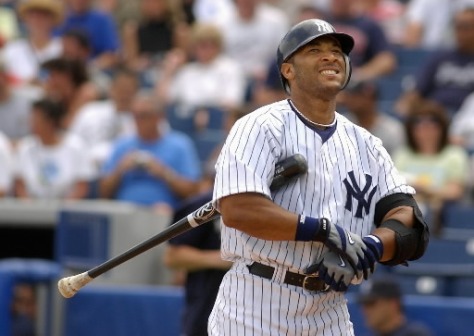 I’m all in, Gary. Granted, you have forearms that are bigger than most people’s legs and could probably end a pitcher’s career with one punch to the esophagus. But, you still have a point. You have to be able to defend your right to stand in that box.

Baseball, along with other sports, is getting wayyyyyyy too soft. We gotta go back to the days when batters didn’t even wear helmets at the plate and still cranked 500 footers like it was nothing. No batting gloves, no helmets, no elbow guard, no Evo shield, no problem. It was Stud City, Popualtion: Everyone. If there is anything that needs to be changed about baseball, it’s that it needs to stop being such a gentleman’s sport.  If you wanna stay safe and avoid bruises and brawls, stay on the bench. If you wanna man up and defend your team and yourself, then step right up, you’re first in line.

It’s one of the few reasons I like Bryce Harper. Nobody fucks with him without getting it right back. Ignoring the fact he looks like wanna-be frat star who’s dad bought him the wrong boat for his 19th birthday and he freaked out, he takes no shit.  Not that we need more Bryce Harper’s, but we need more athletes with that “Fuck you” attitude.

We need another Pedro, a guy who is gonna throw an 80 year old Don Zimmer (RIP) to the ground.

We need more guys like Roger Clemens who throw broken bats at players like they’re throwing knives in COD.

And we need straight BRAWLS