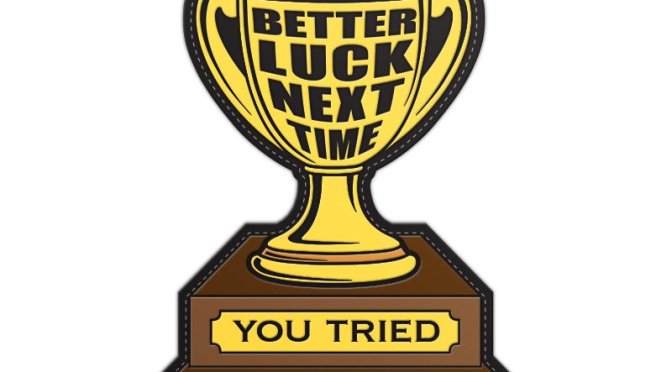 Listen, as I’ve openly announced before I am not a loyal basketball fan. I know the basics. I know the stars. But if you ask me to name more than 3 players on any of the “home town” teams I might tell you that Deron Williams is still a Net, or that the Knicks starting point guard is still Stephon Marbury. Okay… I’m not that absurd, but I really just want to get across the point that basketball ain’t my main thing.

With that said, I have a 2 hour commute to work each day so sports radio has kind of taken over my life, because although I love Ed Sheeran’s “Shape of You” I have had enough after 3 listens in an hour. What I am starting to gather from talk radio in the past week or so is that there have become 2 political parties of the NBA. No matter what team you actually are a fan of, when the Finals roll around you either are a LeBron supporter, or a Warriors supporter.

One of the biggest complaints I have been hearing on talk shows like the Michael Kay Show, Stephen A. Smith’s blabber factory, and other Metropolitan area shows is that the LeBronians are throwing shade at KD for joining a team that was stacked… Are you people dense? Is that seriously a reason for a person to bash a player…going to a team that is already great. In my opinion it’s a great move for KD. The Warriors are going to win for a long time with him, and all of the LeBron people re getting on him for going to a team that was already good. Honestly, you have got to be some type of moron to get on a guy for joining a great team, getting a big paycheck, and leaving one of the most selfish teammates in the NBA @RussellWestbrook. If any person on this planet was KD after last year and was approached by the Warriors I’m calling that there is about a 110% chance you sign the contract within the first 10 minutes of getting the call. It is an absolute no-brainer.  KD going to the Warriors is only bad because it makes the only hurdle in front of LeBron a little higher, and the end goal is to win. So what are you people complaining about saying KD is soft because he joined a good team?

My next issue with this nonsense is that people are calling out the NBA for having competitive balance issues. Literally these are the people that want everyone to get a trophy. Seriously, people are saying competitive inequality is an… “issue”. You’re right morons, there is a competitive balance issue. And it is great. You want me to tell you why it’s good that there is an issue with the competitive balance in the NBA? Because it takes the business out of the NBA and makes it more about winning. The Warriors will do what it takes. Now its time for other teams to put up or shut up. Spend the money. Develop a team that players want to come to. Listen, its alright to go 5, 10, even 15 years without winning. Look at the Cubs. The survived 108 years without a championship and I would put them up there for one of the top franchises in all of sports right now. Every team is going to have its big years, and for the Warriors this is it. Maintaining this level in the future (I’m talking 10 years down the road) is going to be tough as nails, but they want to win now, so they are going all in NOW. And as I have said, that’s okay NBA fans. Not every team should have an equal chance to win a title. That is not how sports work.

Finally, my last main point really has to do with the hypocrisy of both sides of the debate. Here is my final take on this issue. And yes, both sides are to blame.

To those who say LeBron started this whole “Big 3” trend in the NBA… get out. You people are worse than FAKE NEWS. SAD. It has been happening in the NBA forever and it has always correlated to success. Don’t act like LeBron was the first. He was just the first to make it into a television show and make a decision like a contestant on Say Yes to the Dress or House Hunters (International of course, everyone likes International way better).

To those who say KD is a coward for going to the Warriors… Shut up and read above. LeBron made his big move a Big 3 and you were perfectly fine with it then.

To those who still ramble about competitive balance… if you have kids you are teaching them the wrong principals of sport, and if you don’t have kids you will be the parent screaming at the umpire when your child takes strike 3 right down the middle belt high. It’s not the umpire that lost you the game… it’s the thought process you are instilling in your children.

To those who are YANKEE FANS who complain about competitive balance… you are literally the worst people on this planet because I know you are the same assholes saying “2019 will be the year of Machado and Harper in Pinstripes”. That is the opposite of competitive balance. If it happens I am alright with it, but for your sake, don’t complain about it in one sport and love it when your team is going against it. I get the sports are different, but adding 2 superstars of that magnitude to a roster of 10 is pretty much the same as adding KD to a roster of 5.

So that is my thoughts. Honestly the more I hear people complaining about the NBA and Lebron and KD it reminds me that NBA fans are the most annoying in all the land. You people are giving yourselves a bad name. And you can take this as “here goes this nimrod who knows nothing about basketball sounding off” or, you can be mature and think “hmmm, maybe an outside perspective on this is what can make our group more a better, more cohesive one”. Either way, in the words of Mr. Met: