Mascots and logos are for the love of the game. Personally, I am a huge fan of the MiLB’s (Minor League Baseball) marketing strategy to come up with some of the craziest and far out ideas to represent different farm system’s teams. Coming from a school where I once was an almighty Spartan, I am now a Mule. And yes, every time someone asks what my school’s mascot Is with my dad in earshot, his line of “I always knew you would grow up to be an ass” seems to explode out of his mouth.

The criteria I used to develop this list was based in concrete algorithms and intense scientific research and surveying. Jk I decided based on what I thought was cool so deal with it. Hopefully you laugh a little, but if you choose not to have a sense of humor so be it. All of these teams are some sort of a Class AAA, AA, or A team in MiLB. Without further interruption, here are my top 5 mascots, and the 5 that need to go… with honorable mentions of course.

I know. What a flaky way to start the list. With a tie. Good job Matt, your one job was to pick 5 yet you somehow screwed that up. Well hear me out before you are finished sipping on that hatorade. I put the Dash and the Miracle together because to me they scream the same thing. Little League softball. For me these two mascots just remind me all of the absurd chants I hear at a little league game from the bench. You know those ones like “We need a single just a little single! S-I-N-G-L-E sinnnngle!”. Hopefully, that is not what is coming out of the dugout when these two teams take the field, but with names like Dash and Miracle they might as well be.

Ohh Chattanooga Lookouts, what were you thinking. First of all, what the hell are you looking at. Those big creepy eyes give me the chills and I just cant get past that. I don’t know what two big old eyes represent, especially when they are looking away from you at all times. You know what that means? That they are not honest. I need those eyes to look me in the eyes and try and come up with some explanation for why they deserve to represent a ball club.  Cant do it.

What gets the Isotopes on this list is the is extremely childlike artwork that went into this one. I’m not saying I need the Mona Lisa but Jesus is this the most creative thing we got for a freaking Isotope. First of all I have the slightest idea what an Isotope is (shout out to Chemistry Honors junior year of high school), but I sure hope it looks more interesting than an A with a few lines around it. The writing is also subpar. I think the Isotopes have the potential to get creative, but really pissed it away with this one. No wonder why everyone hates Chemistry.

HOW DO YOU NOT NAME YOURSELVES THE LUMBERJACKS?!?! This literally defines the “You almost had it… Gotta be quicker than that” commercial. LumberKings is just weird. I get that it means king of the bats, but jacks still has relevance to baseball. Plus the guy they use in their logo doesn’t look like a king… take that cartoon crown off, put on a backwards hat, and have him jacking balls out of the yard. Totally more fitting than that dopey crown. This mascot is too big of a tease. And for that reason… I’m out.

So the Flying Tigers is my personal worst of the worst. I get the history reference, and really think that if they used a plane instead of a tiger to represent the history it would be in the top 5. But they didn’t. They put wings on a tiger and created a logo that belongs on the back of a leather jacket for the worst biker gang squad of all time. That is all this logo is to me… a biker gang logo. I can see the flying tigers being bedazzled and all. As you will see in the top 5, there is a way do make a cool historical reference, but this is simply too far out and irrelevant. Good try Detroit Tigers, but you went way too far with this one.

Honorable mention: These were bad, but just survived my wrath. Congrats, but improvement is still recommended.

Good thinking Nationals. You guys will do anything to remind people you aren’t in Canada anymore. Incorporating a person who is debatably the greatest human being to walk the earth into a punny name gets you on this list. My man Abner Doubleday was not only credited with inventing baseball (even though this isn’t actually true we loyal baseball fans say f off science. Doubleday is our man), but also the officer who fired the first shot of the battle of Fort Sumter in the American Civil War.  His kickass mustache and American AF backstory gets the Auburn Doubledays on my list.

The Marlins staying aquatic is a pretty strong move, however what hands them a spot  on my list is their effort to push the limits of toughness. Shrimp… normally not tough. If you call someone a shrimp you better be insulting them. Add Jumbo, whole new animal. Try and eat a jumbo shrimp guyer in one bite and you’re gonna end up in a hospital bed. They ain’t here to mess around with your petty shit and you know damn well they are the sauciest crustaceans on the block. Props to you Miami. It’s 2017. Shrimp can be tough too. 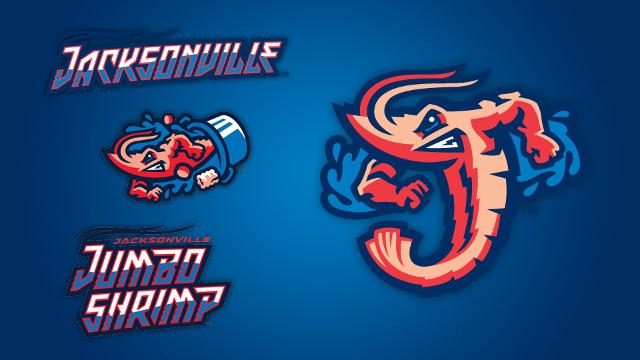 Thank god. Finally, we can pronounce this word the way it fucking looks. What in gods name Is a Colonel. Who thought that should be pronounced like the real kernel. The kernel as in piece of corn. They make my list because corn is fantastic and the amount of times I have spelt colonel wrong has me fired up. Thank you Minnesota. We are baseball fans. Not spelling be champions going for our Ph.D’s in silent letters. Thank you for your help and kindness, for giving us a mascot who you can sound out and still spell right.

Deez Nuts have been passed around more than a bag of sunflower seeds at a summer ball game. The Modesto Nuts have been owned by 11 different MLB franchises, so I personally praise the Nuts for having the strength to survive all of that shifting. Their twitter is also pretty hilarious, even when they don’t mean to be. But that may just be for the fans with minds as childish as mine. Their use of Gifs are pretty spot on too (https://twitter.com/ModestoNuts/status/867576503118077952).

So there has been a lot of food on this list. Maybe it shows what my priorities are, and maybe you are judging me for it. I don’t blame you, and your assumptions are probably correct. The New Orleans Baby Cakes have the best mascot in the MiLB. Not only is it a wicked fierce baby who looks like the asshole kid who wears all black from Toy Story, but his crown and colors top off his awesome outfit, fit for a king. The baby cakes used to be the zephyrs, which would have made the worst 5 list if they hadn’t changed. The change to baby cakes sparked 2 pretty amazing promotions that make them the best mascot in the game. 1) any child born in Louisianan in 2017 is eligible for a lifetime pass to Baby Cakes games. 2) any Louisiana baby who takes that offer will be put into a raffle and will have the chance to win a free tuition at any Louisiana state school, paid for by the Baby Cakes. Now I know that a Louisiana State school is pretty compatible to a kindergarten in the north east, or middle school in the Midwest, but it is still a free tuition, and that’s pretty alright with me. Baby Cakes, way to make baseball fun(ny) again. Bryce Harper is probably proud. And for the Baby Cake players, you must have a pretty cool conversation starter when you walk into a bar.

The following will not be officially on my list, but deserve a shout out for creativity, how punny they are, and savage they are. As the teacher everyone hated in high school would say: if you’d like to know more about these you will have to look them up on your own.