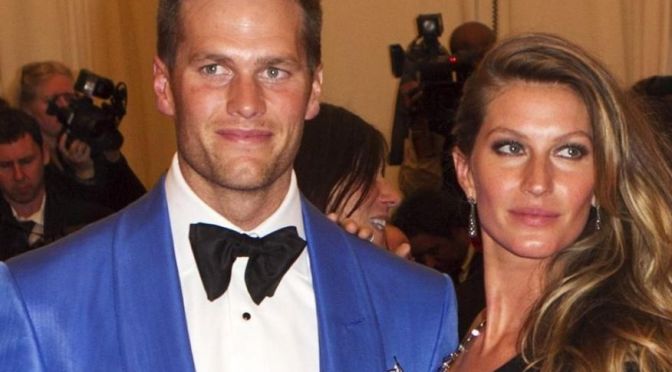 Oh Gisele, you are better than that. Earlier this week when the supermodel/supermom/superwife announced that her husband, Jesus Christ… I mean Tom Brady had played the 2016-17 season with a concussion all the NFL could do was cringe. It seems as if every year the NFL botches some form of an investigation relating to player safety, cheating, or ya know, basic humanity (@ every NFL player who has been given a slap on the wrist for domestic violence).

This year, Gisele is coming in hot, and even though her interview with CBS Boston doesn’t sound like she knows a lick about concussions, or football for that matter, the fact that she spewed this information is the perfect diving board for the media to use to bait the NFL to looking stupid being that they now have to launch another investigation.

At this point I wonder why the NFL even bothers with any of this nonsense anymore. A player’s wife crying concussion should have absolutely no grounds to launch an investigation, especially one that everyone knows the answer to. The Brady side has already come out trying to erase the slipup by Gisele. The Patriots have said there has been no reports of head injuries to Brady. Brady’s agent has agreed. It didn’t look like Brady was hindered by any type of injury, protocal, or defense last season either. Barring anything wild happening everyone and their mother knows that Brady’s medical records will come back clean. The only matter more certain than Brady not being concussed is that the NFL, once again, is wasting their time on a situation that the media has dubbed a scandal.

Being that this will be the second loss the NFL is about to take to Brady this year (Deflategate obviously being the first) you can now pencil Brady beating 4 teams twice this year, the Jets, Bills, Dolphins, and the NFL.