Let’s reminisce for a brief moment: It’s 2013, Barack is in the Oval Office, “Sharknado” was terminally being forced into our memories, Colin Kaepernick was in the Super Bowl, and the Brooklyn Nets though they had a chance to win a title.

And like everything else the Brooklyn Nets do…they blew it. They traded for Kevin Garnett, Paul Pierce, Jason Terry, and D.J. White while exchanging to the rebuilding Boston Celtics Gerald Wallace, Kris Humphries, MarShon Brooks, Kris Joseph, Keith Bogans, three first-round picks (2014, 2016 and 2018), and the right to swap first-rounders in 2017.  Chris Rock explained this situation best:

Now, the Celtics probably have not taken perfect advantage of their opportunities thus far, drafting James Young in 2014 and Jaylen Brown two years later with the third overall pick, who definitely has potential but is not a star yet.  Regardless, the Celtics have built a strong team since this trade and have without a doubt rebuilt successfully.  It doesn’t take a rocket scientist to realize that.  They were the #1 seed heading into the post season (which pretty much happened by default since the Cavs didn’t play the second half of the year), and looked poised to make a decent playoff run.  They now find themselves playing against Playoff LeBron, which is regular season LeBron on crack, and ultimately stand no shot of winning the series. 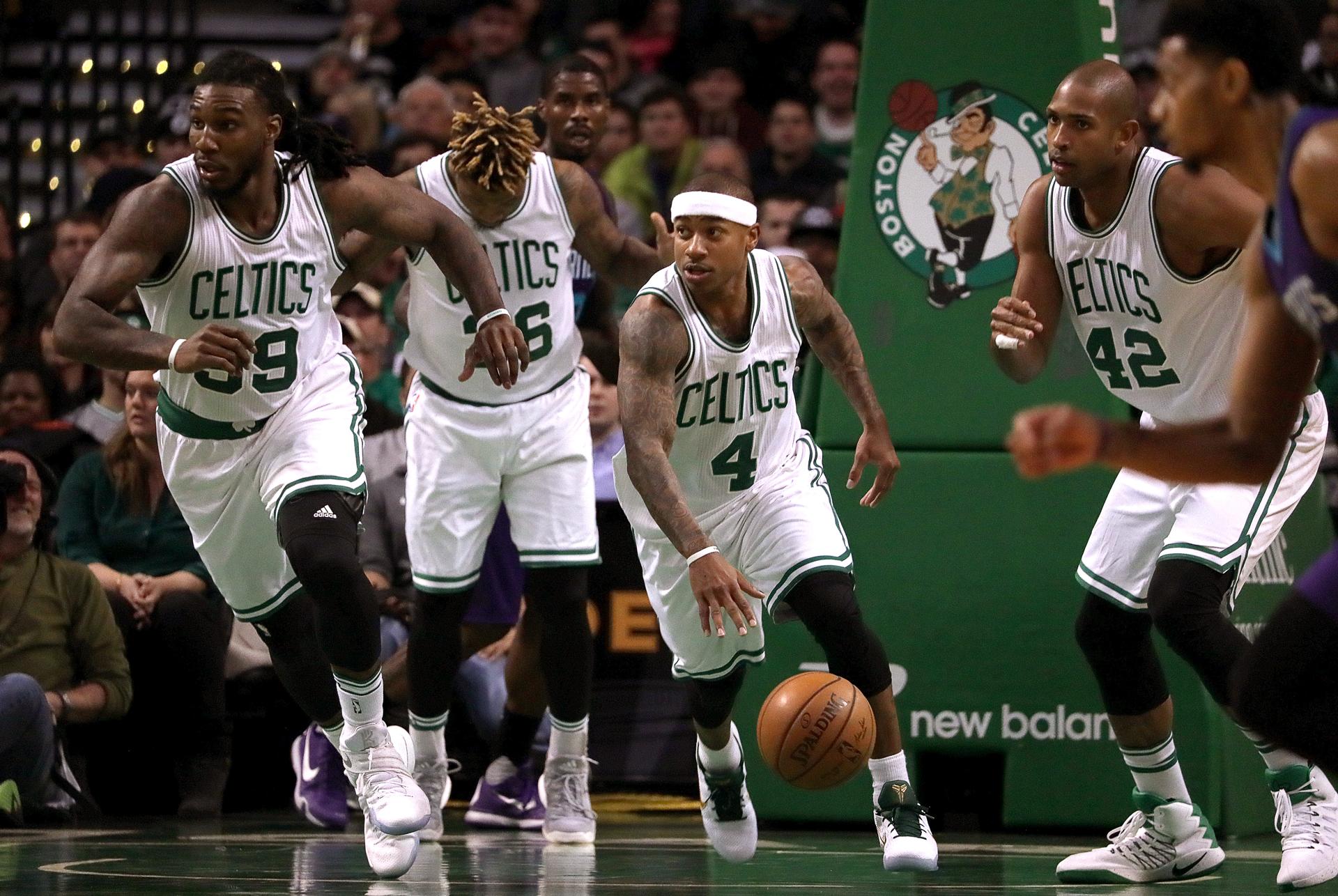 But…thanks to the twats over at the Brooklyn Nets organization, the rich get richer. The Celtics have the #1 overall pick this year, that belonged to the Nets, and might find themselves being able to put up a fight next year against the Cavs.  With Isiah Thomas, Avery Bradley, Al Horford, and the rising young talent around them (Jae Crowder, Jaylen Brown, James Young, etc), and the likely addition of either Markelle Fultz or Lonzo Ball, the Celtics may be onto something here.

With another year of growing and maybe Isiah moving to the shooting guard position and Fultz/Ball taking over at point, the Brad Stevens-led Celtics can make a push to put someone in the Finals from the East other than LeBron and Co. for years to come.

For now, let’s enjoy LeBron treating the rest of the NBA like a Make-A-Wish All-Star team.

Note: Fuck Kelly Olynyk, I hope he gets traded to China for Jimmer.