Has this ever happened to you? You’re sitting at home, bored, watching an episode of your favorite TV show that you’ve already seen fourteen times this quarantine. And then you hear it…the word “snake”. By association, your dry sports mind jumps to “snake draft”, and then of course that takes you to fantasy football, and obviously that lands you at participating in a 12-team mock draft at 11:47 PM on a Sunday night in the middle of July.

Okay, maybe this was particular to me, but the point is that I did a fantasy football mock draft and I think I can impart some wisdom. I was the 9th pick in a 12-team snake draft, and here were the results:

1. Nick Chubb (CLE – RB): I’m a big believer in needing two good running back in fantasy football, and that’s extraordinarily difficult to accomplish if you don’t get one in the first round. The teams ahead of me took wide receivers, so Chubb was the best available at the moment.

2. Chris Godwin (TB – WR): I’m actually surprised he made it this far into the draft. Godwin was one of the breakout stars of last year and that was with a pre-Lasik Jameis. I can only imagine what he’ll do with a quarterback that can see him. If he’s around in the second round, get him. He will be an elite #1 WR this year. 3. Amari Cooper (DAL – WR): I told myself I would never draft this man ever again. Two years in a row Amari Cooper sat in my WR2 spot and put up 1-4 points per game, then the second you put him on the bench he goes off for 40. But that was a Raiders Amari Cooper, and I’ve been a big fan of Cowboys Amari Cooper. He is a great WR2 now (and now that I say that he will go back to having 2.4 points a game).

4. Jonathan Taylor (IND – RB): I panicked. He’s a high-ranking rookie, and the rush of making a “sleeper” pick in the fourth round had me amped up. In hindsight, I would not pick him again because Indianapolis offense is just unusual and they’re pitching Taylor as being a workhorse but I just don’t know. Avoid Indy running backs if you can.

6. Dak Prescott (DAL – QB): This man is trying to get a 55 year contract out of Jerry Jones. I expect him to be hucking football down the field to his receivers. Sign me up. 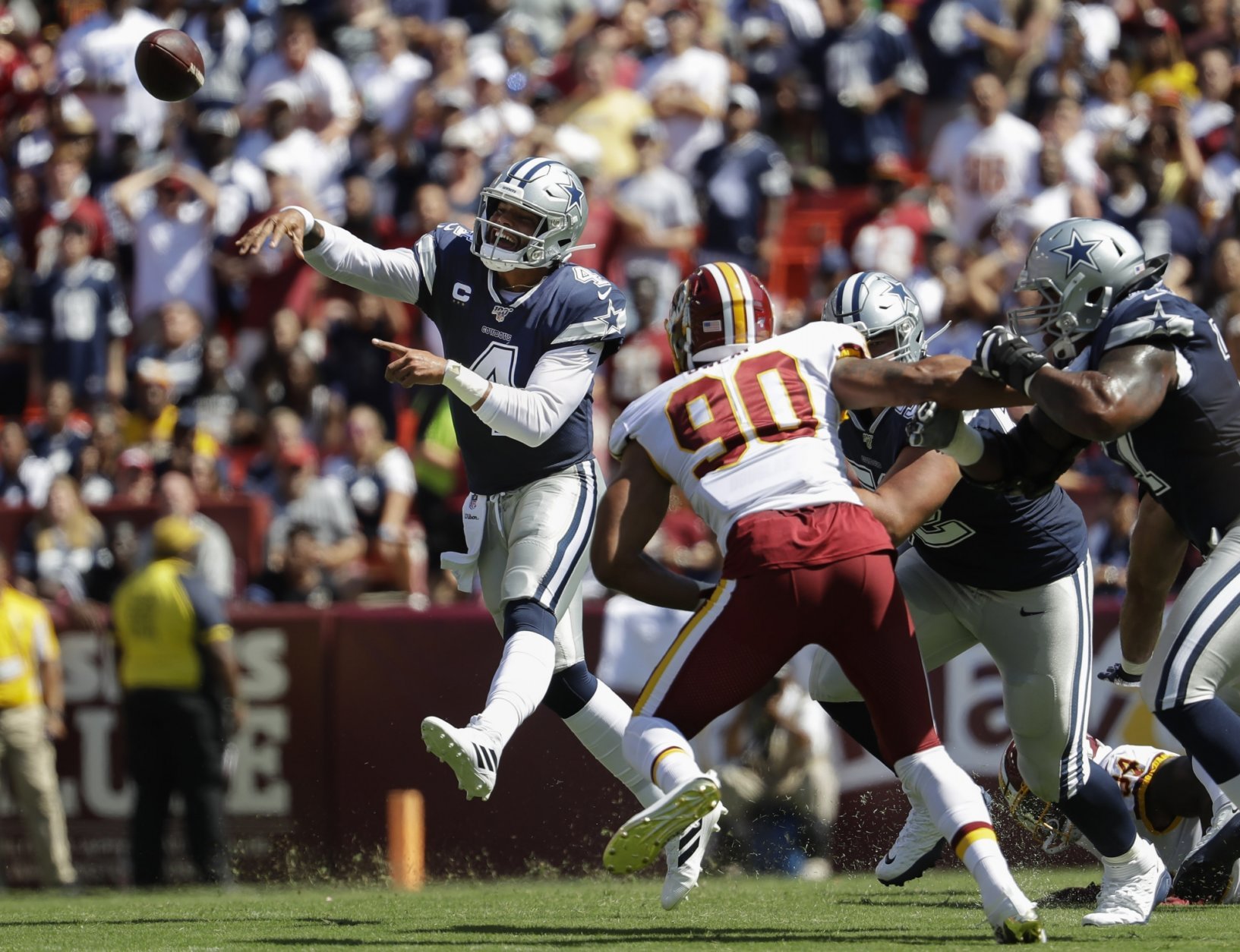 7. Darius Slayton (NYG – WR): He’s the real deal. The better the Giants line gets the better Daniel Jones will get and the better Slayton will get.

8. Diontae Johnson (PIT – WR): For what it’s worth in Pittsburgh’s offense last year, Johnson was actually productive. With Big Ben back maybe this man could take over that #2 spot for good.

9. Marlon Mack (IND – RB): What’s up handcuff? I know I said to stay away from Indy running backs, but I have such little confidence in my 4th round pick that I wanted insurance just in case. If Taylor doesn’t work out, at least I know a guy on my roster will be taking his carries.

10. James White (NE – RB): Cam Newton and McCaffrey always had a decent connection, so I like the idea of another receiving running back standing with him.

11. Chicago (DEF): I love the too-early defense/special teams pick. Send the draft into a panic and before you know it people will start drafting kickers.

12. Greg Zuerlin (DAL – K): I drafted a kicker. Also, Greg the Leg in Dallas is news I did not know and works perfectly with my Dak + Amari combo.

13. Kirk Cousins (MIN – QB): I didn’t like a single other skill position on the draft board, so I pivoted to a backup QB. Not my favorite pick, but if drafts were perfect, we wouldn’t have to practice.

Looking back, I think I made a lot of mistakes and went against myself on multiple occasions. We’ve all been there. But hopefully my mistakes lead to your success. Happy mock drafting. 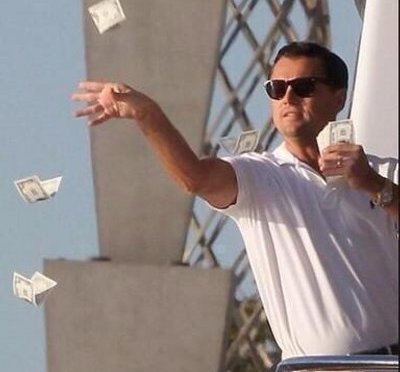 Everyone who likes gambling needs to give @Cashoutkingj a follow. This guy is an absolute pyscho. By far my favorite follow on twitter. He is always interacting and giving out portions of his winnings. He has been hot on golf lately too. The guy laid his nuts on the table and won big today. This is following after winning over 200k on Bryson last week & 80K on DJ two weeks ago. Lets see if Colin can keep it together and win even more for the king.

While MLB was completely botching their negotiations for months, I kept thinking “man, I can’t believe the NBA got this figured out so quickly.” Turns out there are a couple kinks in their plan. I mean, how does a multi-billion dollar operation like the NBA serve that garbage to its players? I’m actually almost impressed at how disgusting that looks.

END_OF_DOCUMENT_TOKEN_TO_BE_REPLACED 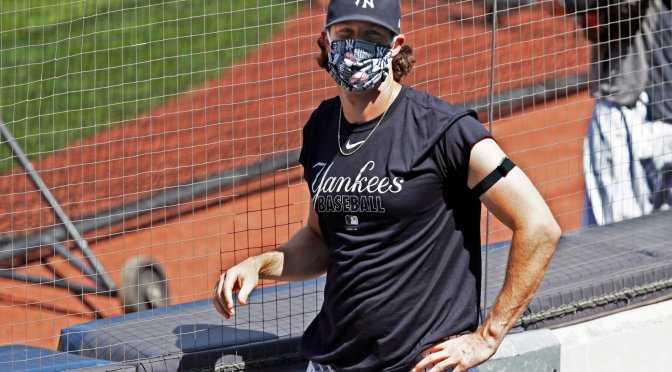 On Wednesday, Governor Murphy just made it mandatory to wear a mask in outdoor spaces in New Jersey where social distancing isn’t possible. A lot of people lost their minds about it, but it honestly makes sense. If you find yourself in a big crowd, just throw one of those suckers on. No one’s asking you to wear one while you go for a run or eat dinner with your family.

As someone who is painfully addicted to Twitter and suffering from a lack of sports content, I’ve noticed every little thing become politicized the past four months. I guess that’s probably always happened to a degree, but I usually drown out any “real world stuff” on Twitter by debating how good Aaron Judge is with strangers and laughing at memes. But without sports, I find myself reading through threads where Earl from Louisiana (MAGA in bio) is arguing that masks violate his rights, while Becky from California (pronouns listed in bio) insists she won’t be coming out of her house until AT LEAST June of 2021.

But this is not a political blog. It’s Below the Belt SPORTS, after all. However, I do want to talk about those polarizing pieces of cloth. In New Jersey, masks are required in indoor public spaces, and outdoor spaces where distancing isn’t possible. Just one mask grants you entry to those areas. But if one mask makes it safe enough, why stop there? What about two masks? Or five? Even ten? I’m not a science guy, but that has to be safer, right?

END_OF_DOCUMENT_TOKEN_TO_BE_REPLACED

The PGA Tour will be heading to Muirfield Village this weekend for the Workday Charity Open. This first time replacement tournament holds some value for long shot plays and multiple different first day matchups. From everything I have read and heard, this is a smaller course with slow greens, which evens the field for players that are inconsistent with their putters.

I have recently been doing very well gambling on golf. I have been reading articles from many respected golf analysts, bettors, and close friends to help me get an edge every week. My best bets have been coming on 3 Ball Matchups. Thursday provides many opportunities. I will be taking Justin Rose +150 to come out on top of Xander Schauffele and Billy Horschel. I think Rose is due for a hot start after missing the cut in his last played event. Xander has been playing well lately, but i think Rose is going to have the edge after a week off.

END_OF_DOCUMENT_TOKEN_TO_BE_REPLACED

Peter King is notorious for constantly complaining, but this is one of the more outrageous tweets I’ve seen in a long time. Competitive eating is sinful? Just calm down dude, we’re talking about guys eating boiled meat in buns, not fucking murder.

END_OF_DOCUMENT_TOKEN_TO_BE_REPLACED

The Yankees’ long-standing hair policy was making waves on Twitter on Monday after some comments from former Yankee Andrew McCutchen. McCutchen was only here for the second half of 2018, but he’s an awesome dude and quickly became a fan favorite.

END_OF_DOCUMENT_TOKEN_TO_BE_REPLACED 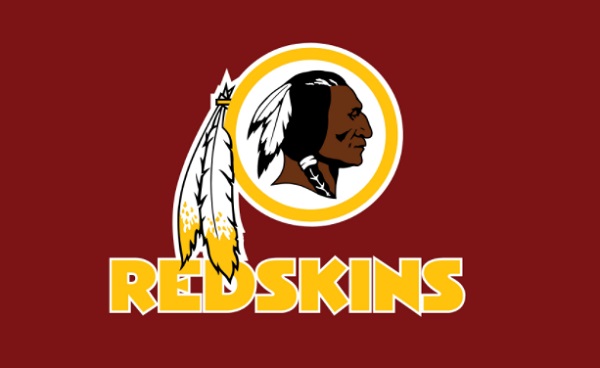 So the Washington Redskins are finally changing their team name, which has been a long time coming. It’s probably one of those things where our kids will shockingly ask us someday “wait, there was actually a team called the Redskins?” Although it’s taken them awhile, good on them for finally changing it. Since many people took offense to the Redskins, it got me thinking: how many other NFL team names could be considered offensive? Every single team, if you truly try hard enough.

END_OF_DOCUMENT_TOKEN_TO_BE_REPLACED 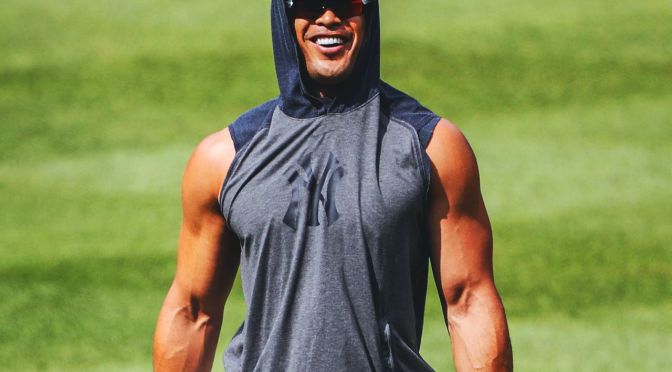 Giancarlo Stanton has not reached expectations so far as a Yankee. Injuries really have set back Stanton and hindered his play throughout his tenure with the Yanks. I know many Yankees fans have become restless when it comes too Stanton, however, I still love the guy. Stanton can do no wrong to me, even after drilling Tanaka in the head with a piss missile off his bat this past weekend. I don’t know how Tanaka is alive let alone how he was smiling later that day in the hospital.Of course when Stanton is healthy, he takes it into his own hands to pass his injury bug on to his teammates.

END_OF_DOCUMENT_TOKEN_TO_BE_REPLACED 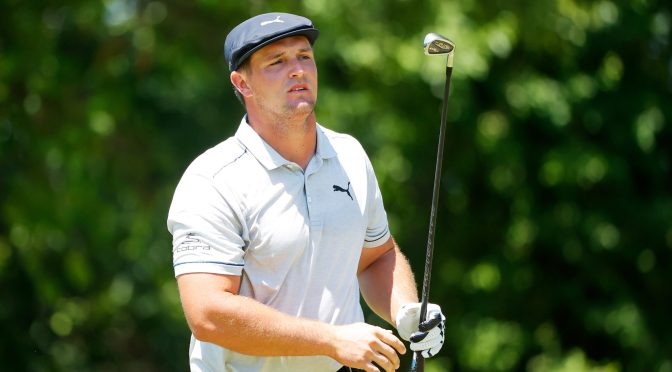 This weekend we witnessed one of the most intriguing players on the PGA Tour do his thing. Bryson DeChambeau has been on fire since golf has resumed, with multiple top 10 finishes. This weekend at the Rocket Mortgage Championship he finally put everything together and left with the W. I’m a new golf fan, (especially with the lack of sports going on), and Bryson is still one of the most insane athletes I have come across.